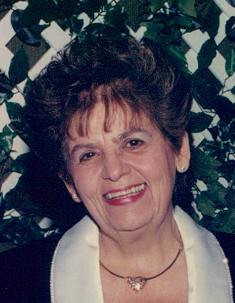 Toni was born in Brooklyn, New York. Toni started her career at Metropolitan Life Insurance Company and continued as the Confidential Secretary to the Head of the Foreign department at Manufacturer’s Trust Company. In 1964 she moved to Smithtown where she was a stay-at-home mom. Once her children went to college, Toni started her 23-year career as a Diamond Consultant for Macy’s. Toni joined the Dr. Vincenzo Sellaro Lodge #2319, in 1974. She chaired many committees and held numerous offices at the lodge. In 1998 she was honored as Woman of the Year. In 2001, Toni was elected the 14th President of the lodge. Beginning in November 2003 through April 2008, she proudly served as Grand Deputy to the Arturo Toscanini Lodge.

One of the many charities that were near and dear to her heart was Cooley’s Anemia. Toni served on the Executive of Cooley’s Anemia where she ran the blood drive for many years as well as being a direct blood donor to a Cooley’s Anemia patient for 15 years. Toni was an active member of St. Patrick’s Parish and the Columbiettes. She will be sorely missed by the many people whose lives she touched.

The family greatly appreciates donations made to these charities in Antoinette "Toni" Baldi 's name.