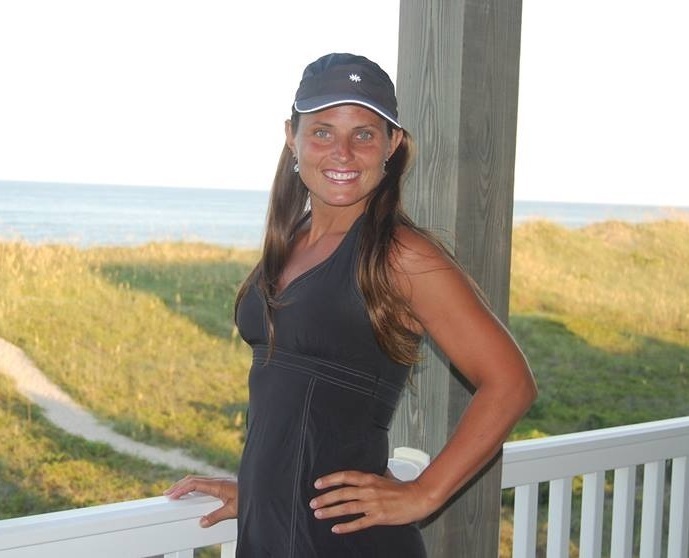 Dear Emily, Christopher, Andrew. Lino, Mary, Steven, Lisa, Michael and Elaine:I just got in late last night and found out through many text messages and from Rob and Brian and Connie and a post from Laura Steele that our beloved cousin (and your mom, daughter and sister) the adorable, beautiful, bright and shiny-eyed Barbara is gone. This is a woman that should NOT be gone. This is a woman of such glowing goodness and intoxicating spirit that her death defies logic--a life too quickly taken. Barbara came to us so round and red and bubbly, with a perpetual smile and a perpetual goodness. We were there when Mary and Lee showed her off. We were at her christening. We were at her Communion. Even as an infant she sparkled rare and ready. As a toddler she was fearless. As a little girl she was diamonds and daisies and a little bit of dirt. As a young woman she was smart and beautiful and possessed an awareness and a empathy toward others that I can't quite describe, an empathy that was unnatural for her age. Where most children I have met whether 4 or 6 or 8 or 10 are so egocentric 'Barbara was the opposite. Barbara seemed to see the need and hurt in others and would not think twice about addressing that. Once, in a moment of my own self-pity while I was sitting in their backyard in Bethpage Barbara just laid her hand on my back and said 'This doesn't make any sense, I know.' She was 9. How did she know that? Well 'she did. And her passing makes no sense at all, either. It is cliche to say the good die young but they so damn often do. And in this case it is a certainty. Her smile alone could mend a day. And one of my best memories of her is how she was the jewel of my father's eye. How he so loved that little girl. It is customary and almost expected of us to say to Emily, Christopher and Andrew and to Lee and Mary and Steven and Lisa and Michael and Elaine that we feel your pain and we suffer your loss 'but that is not true and that is not fair to you. We do not feel the pain you feel. We cannot feel the pain you feel. We do not suffer your loss. Only you, the Bardaks, the Minisinis, can carry that sadness in the very depths of your hearts for all the years to come. Of course we, all of us, family and friends, can appreciate and feel the loss of Barbara 'but never as profoundly as those who brought her into this mercurial world as a new-born, and those who introduced her to the hazards of the stoop and yard and street on Bradford Lane, and those who tussled with her over Monopoly Money and wooden blocks and dolly dresses, and those who stood up for her in the lunch room at school and who made sure her Halloween bag was safe and her prom dress was just so...and on and on and on. . .and for which she did the same.These are her children and mother and father, her brothers and sisters. It would be a bit selfish to say we feel your pain. We feel OUR pain 'but we cannot, and never can fathom yours. It is also customary to say that this too shall pass and that this pain will abate. But it will not. And it should not. The only thing that can happen is this sadness and loss and sorrow will become more and more familiar to us, and then 'somehow 'some way 'maybe--sometime 'it may become bearable.Last night very late my son woke up and asked me what I was doing and I told him I was looking at pictures of my cousin Barbara. And he asked about her and I told him all I know, including her passing. And he said it was sad that he will never meet her. And in that lies the greatest tragedy of all, because where those of us whose lives Barbara touched will at least have those memories to cling to 'it is even a greater loss for those who never had the honor to have met her.I am so sorry I am not there with you 'but my heart is with you all the way. In my mind Barbara will always be nine-years-old, looking at me with those big doe eyes and saying--'This doesn't make any sense. I know.' And damn if she wasn't right.All my love, Doug