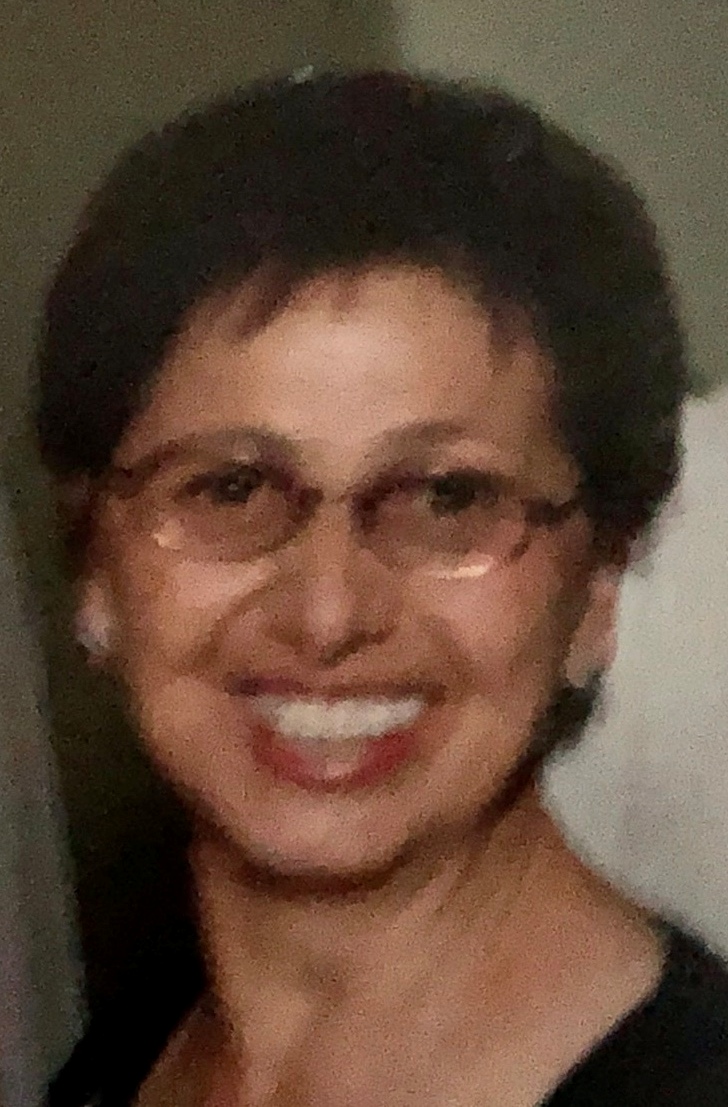 Carmela’s service will be livedstreamed on Sunday during the visitation hours.  Please click the link below.

Carmela O’Day was born June 1, 1944 to the Tangredi family, the 3rd child of Filomena & Louis. Sister of Geraldine, Mike and younger brother Louis.

Carmela worked at Banker’s Trust and met her husband Tom in 1967 and they were married in July 1968, This past July they were married for 53 years. Theirs was a love to behold, and if we didn’t remember that from our memories, we were reminded this week as we looked through photos and saw their mutual adoration captured in those snapshots in time. Together they traveled, they celebrated with their family, they enjoyed dinners together, they tended to their gardens at their homes and built their life together. They had 3 children who married (well, I might add) and were grandparents to 6 grandchildren (also awesome)

Carmela was a daughter, a sister, a sister-in-law, an aunt, a wife, a grandmother, a mother-in-law and most importantly a mother to Diane, Patricia and Robert. But we’ll get back to that.

I mention that she was an aunt – and some called her “Auntie” – from what I’ve always heard her house was a place that everyone felt welcome. Nieces and nephews stopping by to say “hello” on their way somewhere else, a place to bring friends, to watch the game, to swim in the pool, or to call to get advice. Her brothers and sister and their spouses were often fixtures around the table or hanging out in the backyard, or packed in the basement for holidays at a big table, everyone merry and together.

I say most importantly that my mother-in-law was a mother to her three children because in my eyes over the years that I know them, and have observed the O’Day family, being a mother was the most important job to her. And she was the ultimate mother in a lot of ways – she was never surprised by anything her kids did, because she KNEW them with all her heart.

I really struggled when writing this to find a way to describe what I mean by that. But I want Diane, Patricia and Robert to know that it was obvious in every way how much you were each loved, how much she KNEW you- how much she SAW you. She didn’t push anyone to be something they weren’t, she knew what would work for you and what wouldn’t, and she could often predict your behavior – like she was a psychic. You’re each so lucky to have had that. Think back to how many times she would say “do I know my son or what?”

Carmela had a huge smile, and while I thought I knew that, I was convinced of it when we were searching for pictures of her this last week, in each picture her smile is a mile wide. She loved to have fun….. she was always up for a laugh, or a good time or a game. As evidenced in her on-going Rummy-O tournaments with Robert that she tried so hard to beat him at. (I don’t think it happened very often) – oh, excuse me, my husband proofread this this morning and wants me to correct this to say that she never beat him, sorry Carmela – your secret is out.

At parties or weddings you’d always find her on the dance floor- smiling, having a great time, reveling in being with the people she loved, you knew to expect her and her sister Aunt Gerri to be catching up while doing a perfect Cha Cha.

My mother-in-law could take a joke as well as she could make a joke …. Except when it was about her son. Come to think of it, I did get a lot of “don’t you make fun of my son” remarks….

I’d like to take a moment to say something about Carmela (which I always called her) as her daughter-in-law:

When you watch TV and movies the butt of the joke is always the mother in law, people dislike their mother-in-law, they’re critical of their mother-in-law, there’s even a movie “Monster in Law” which shows how badly some moms treat their son’s significant others. That was never my experience in the 26 years I’m with my husband, Rob (Robert to her.) My mother-in-law truly had a heart of gold, and it’s a testament to the type of person she was that in all these years she never treated me with anything but love – her son loved me so she loved me. In fact she would apologize to me sometimes if she felt like she overstepped because as she put it “I think of you in-laws like you’re my kids” It probably helped that I often brought a cheesecake over (with strawberry topping)

Who else can say that the biggest disagreement they had with their mother-in-law was because I always had a bowl of green apples and she liked red apples? Or that in her opinion I made her toast too light? I’d say I hit the jackpot in so many ways.

In tribute to the relationship we had, here are the things that stick out the most in my mind, because she taught me many things, things that made her special to me.

First was our mutual love of a hot cup of tea, and all that could be fixed by one. We shared a lot of cups together over the years, and when she lived in NY I would come over with a piece of cake (as I mentioned usually cheesecake or her favorite entenmann’s cake) and she’d have mugs out and the sugar bowl ready, we’d sit and savor it and when she thought I wasn’t looking, she would sneak in a dunk or two of her cake, because man, did she love to dunk her food in her tea – something I teased her about relentlessly.

The second thing was she taught me how to crochet, which should tell you quite a bit about the level of patience she had – because I’m not known for being a good student. I have bestowed so many special gifts to my friends and family from this craft we shared – that she taught me. We would pass back and forth patterns we learned and would get excited for each other when we learned something new. I’ll cherish all the blankets she made and I’ve saved them to give to my girls for their houses and families. When she was well, she was STILL trying to tackle one pattern that neither of us could figure out – Patricia’s husband Mike had family members that crocheted and they helped her several times, gave her tips and tricks, she took notes and then she and I laughed at how both of us were still stumped!

I’ve been trying to write this obituary since Carmela left us on September 17th and each time I read it I feel as though I just can’t convey what a special, loving, fun person she was – is any of this coming across the right way to pay tribute to how brave and strong she was? She fought for so many years the medical issues she faced. I worry I can’t do her justice. I hope that somehow she will know what’s in all our hearts as we think back to the time any of us spent with her.

Rest in peace my “other mother”, may your body be free from all that pained you, may you forever be our angel to watch over us, may you be dancing with your loved ones in Heaven, with time for a giant cup of tea (with 2 heaping teaspoons of sugar)

And to Diane, Patricia & Rob – as she always said “You’re gonna miss me” – man, she was right.