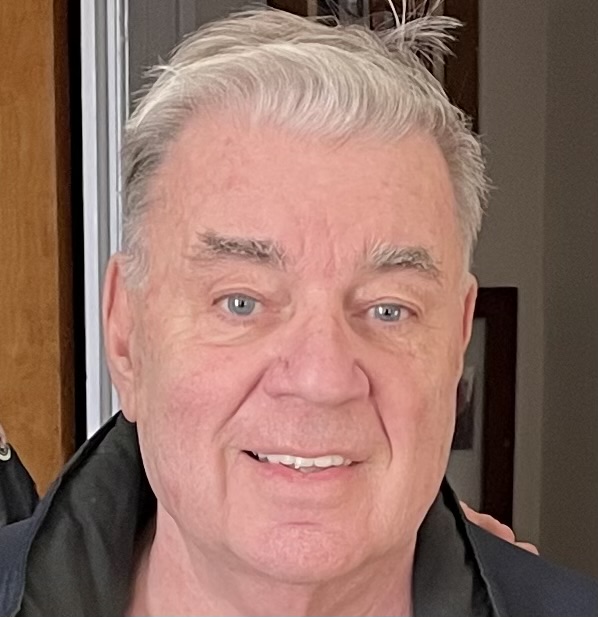 On the morning of October 29th, Charles “Buddy” Edward Keena of St. James, NY died at the age of 77.
Charles was born to Francis and Doris Keena in 1945, at Mather Memorial Hospital in Port Jefferson. He
grew up on Long Island, and graduated from Hicksville High School in 1963. Dad loved Long Island and
chose to stay there after graduation, raising his four children, Michael, Brian, Patrick, and Abigail in
Smithtown. In the early ‘70’s, he started a career at Eastern Airlines. This would turn out to be a
pleasure for his family, as it allowed the luxury of frequent travel. He worked hard to provide for his
family, evidenced by the fact that while working days at Eastern Airlines, Dad also worked part time as a
salesman in the evenings at Macy’s.
Dad had a green thumb and took pride in keeping our childhood home in immaculate condition. He
enjoyed mowing the lawn and raking leaves so much, he made sure his children got to participate
(although not enamored with it at the time, his kids appreciate it now). Many mornings you could find
Dad reading the paper, sipping a cup of coffee at his picnic table, and enjoying his beautiful backyard.
Dad also loved to travel. Whether it was enjoying Disney World with his children, having lunch at
Golden Gate Park in California, touring Europe with his brother and sister-in-law, or exploring the desert
in Arizona with his grandkids, Dad loved his vacations. However, Dad’s greatest pride was his family. In
his younger days as a father, you might catch him making his kids laugh by crossing the yard while doing
a handstand. He’d always purchase fresh rolls and bakery treats for Sunday breakfast. Christmas was
his favorite holiday (jackpot for the kids). We have beautiful memories of Bobby Vinton on the record
player, lights on the exterior and interior of the house and a miniature winter Dicken’s Village. Dad
would stuff as many presents under the tree as possible and then add more for good measure.
In addition to his children and their spouses, he adored his grandchildren. Until it was no longer
possible, he would take turns visiting them with trips to California, Connecticut, New Jersey, and

Arizona. He also loved to spend time at his brother Roddy and sister-in-law Athena’s home (especially
when his nephew Gerard was in town). Dad always had a soft spot for the dogs in his life – often
sneaking them fresh hamburgers and other treats. He loved spending time with his daughter’s dog, his
true companion, Frederick. If you spent 5 minutes with Dad, you could tell he was the “King of Puns”
with his quick witted quips. He was known for his contagious laugh and quirky old school sayings like
“Honey-man”, “Horse stuff and heffer dust” and “He/She is a good egg”. He also enjoyed “short” walks
on lengthy trails if it wasn’t too hot or too cold nor too sunny or too rainy. That was unless you he could
talk you into sitting down for a fresh cup of coffee instead … and that was fine with us because more
than anything, Dad loved conversing over a cup of coffee and listening to anything 50’s or Engelbert
Humberdinck on the radio. Dad had a huge heart and was always there with a helping hand and a smile
when his friends or family needed him. We loved him very much and will miss him terribly.
Charles is preceded in death by his father, Francis, his mother, Doris and his grandchild, Aubrey. He is
survived by his 4 children, Michael (and Charmaine), Brian (and Pamela), Patrick (and Monica) and
Abigail, his brother and sister-in-law Gerard and Athena, his nephew Gerard and his grandchildren,
Siera, Catherine, Lauren, Paige, Ben, Brayden and Jordanna.
A public memorial service will be held at 4 PM on Tuesday, November, 1st at Branch Funeral Home in
Smithtown. A Funeral Mass will be held on Wednesday November 2nd at 9:45am at St. Patrick’s Roman
Catholic Church in Smithtown, NY followed by the internment at Holy Sepulchre Cemetery in Coram, NY.
In lieu of flowers please send donations to Memorial Sloan Kettering or the American Cancer Society

The family greatly appreciates donations made to these charities in Charles E. Keena 's name.