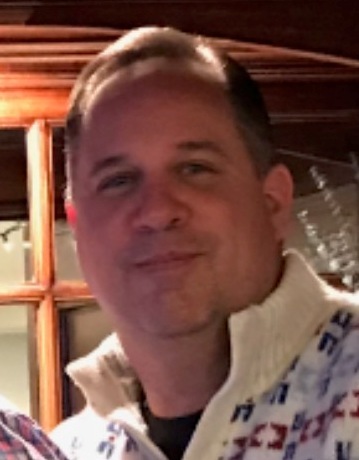 Craig Andrew Vigliotti died unexpectedly Tuesday evening, February 20th, 2018 in Smithtown , New York. He recently celebrated his 46th birthday.Craig is survived by his wife Jennifer; daughters, Courtney, 13, and Brooke, 11; brothers James and Mick, his wife Donna, and sister Jackie Lipiec, her husband Jason; nieces Missy, Alexandria, Paige, Danielle, Hailey and Jayme. He is preceded in death by his father, James Vigliotti and his mother Marjorie Vigliotti, nee Klimpel.Craig was born on January 14th, 1972 in Plainview, NY. He graduated from Deer Park High School in 1990. During those years he competed athletically in football, hockey and baseball, as well built lifelong friendships. 'Vigs,' did boast ,on occasion, that he was voted best personality in high school. Upon leaving high school, he enlisted in the United States Navy. Craig was assigned to the USS John F. Kennedy, an aircraft carrier, which soon found itself in Operation Desert Storm in Iraq. In addition to military service, he was a steadfast member of the New York City Police Department for 19 years. He was a first responder and participated in the prolonged aftermath of the World Trade Center terrorist attack on September 11th, 2001. His command, the 5th precinct, adjoined the 1st precinct, which contained the World Trade Center. He went on to serve with the Manhattan Traffic Task Force, later named City Wide Traffic Task Force.The ardent Yankees fan and reluctantly loyal Jets fan, was devoted to his family. He was a loving father, dedicated to attending his daughters plays, sporting events and school activities. He treasured his summers with his family at Fire Island.He was a proud member of AMVETS Post 48 and, the NYPD Columbia Association.Visitations are scheduled for Saturday, February 24th, 2018, from 2:00 to 4:00 and 7:00 to 9:00. A service will be held Sunday, February 25th, 2018, at 11:00. All functions will be conducted at Branch Funeral Home, located at, 190 Main Street, Smithtown, NY. All are welcomed to attend all services in the celebration of Craig's life. In lieu of flowers, please send donations to NYPD PBA Widows and Children Fund,125 Broad Street, 11th Floor, New York, NY 10004. The family would like to thank all for their outpouring of condolence.