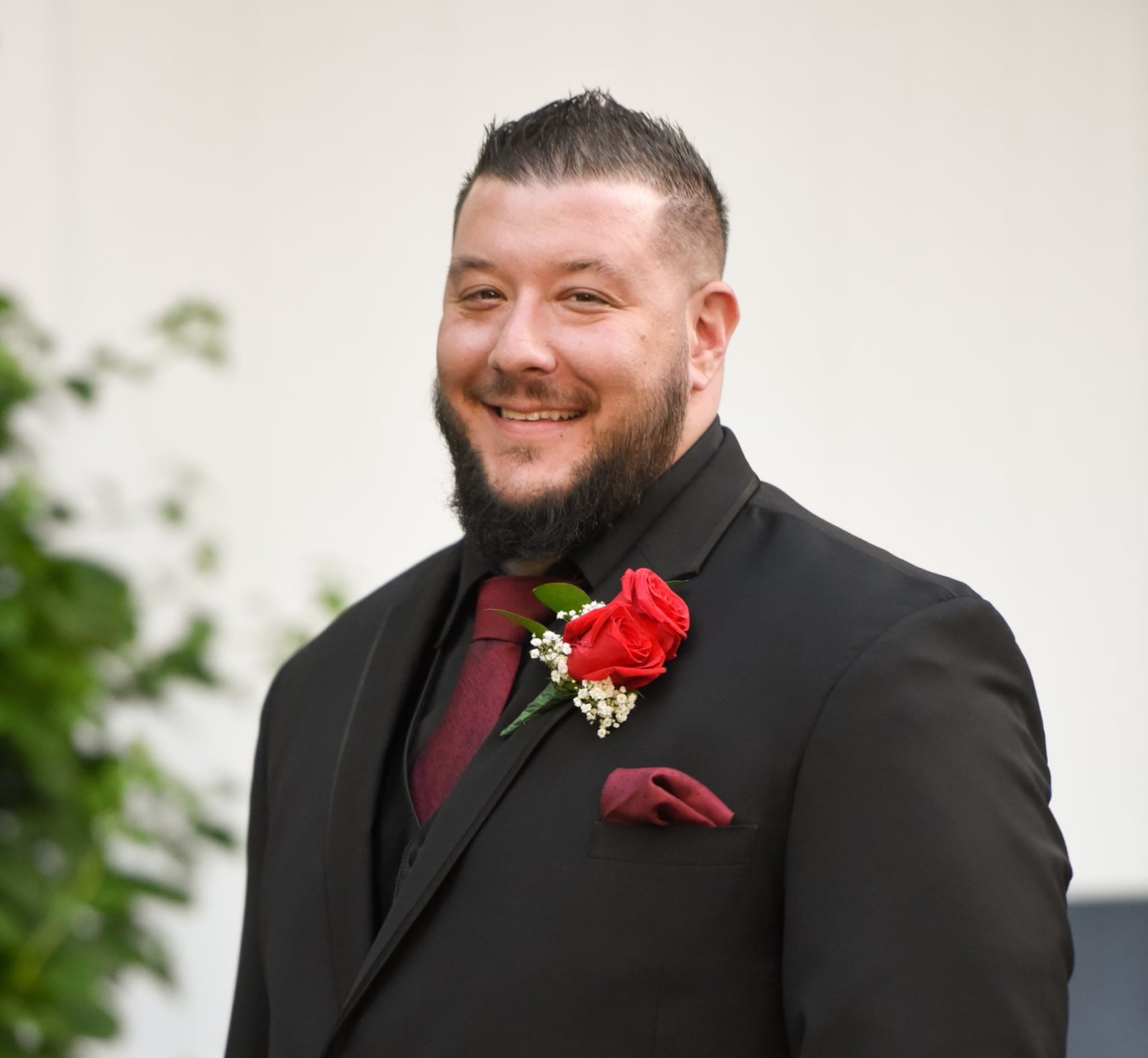 Muller, David Chad Age 38 of East Northport, NY passed away on December 22, 2020 with his loving wife by his side and sister near by.
He was born July 3, 1982, in Mt. Kisco, NY. David graduated La Salle Military Academy in 2000. He went on to Bryant College in Rhode Island, and graduated from Farmingdale State College in 2005, with a BA in marketing. Upon graduation began his career at Henry Schein, Inc, where he continued to progress over the past 14 years, ending as a Director of Equipment and Technology in Schein’s dental division. David loved riding motorcycles, playing hockey, late night video games, getting tattooed at Station1 Tattoo and being the best husband, father, son, brother and friend, anyone could ask for. To know him was to love him. To hug him was to feel true happiness. Be it family, friend or acquaintance, those who knew David were better off because of it. David is survived by his wife Jaclyn Muller, daughter Isabella & baby Muller coming in July. He is the son of Hal & Karen Muller of Wells, ME. He is also survived by his sister, Michelle (Matt) Davis, and their daughters Hayleigh and Aubrey, Jaclyn’s parents John and Diane Romano, her sister Jamie and her brother Michael (Carolyn) Romano and daughter Grace. “To the world you may be one person; but to one person you may be the world” – Dr. Seuss. Thank you to all his friends who were a part of his family, for being his world.
Branch Funeral Home 190 East Main St. Smithtown, NY 11787. Visitation Tuesday 3-7 PM. Funeral Service 12 PM Wednesday at the funeral home. Cremation to follow at Washington Memorial Park.
A crowd funding page has been set up to help his wife, daughter and child on the way at:
https://mullermemorial.wixsite.com/dave

To view the live stream, click on the bottom below: