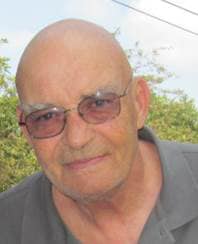 To watch the funeral services on Saturday 4/17 at 4:00 pm click on the link above

Eric Paul Sehlmeyer of Mt. Sinai, N.Y. passed away peacefully on March 20, 2021 surrounded by his family.  He was the beloved husband of Maryanne Sehlmeyer, and father of their two daughters Audra Marie Gensel (James B. Gensel) and Carla Ann Sehlmeyer-Mecke (Thomas Mecke).

Eric was a beloved husband, father, grandfather, brother, and friend. He brought joy and happiness into all our lives. He had a kind heart and strong soul. He showed us love and cared deeply for family and friends.  Eric was predeceased by his parents, Ernest Ferdinand Sehlmeyer Jr. and Estelle Starke.  He is survived by his four grandchildren, James Matthew, Megan, Thomas Jr. and Annaliesa.  Eric was the dear brother of Stephanie Davis, Constance Sehlmeyer, Ernest Sehlmeyer, Anna O’Brien and Kathy Ferris.

Eric was a Vietnam Veteran and Electrician of the IBEW Local 25.  He was passionate about history and enjoyed doing crossword puzzles.  While he fought to overcome his illness with every ounce of his being, he entered the kingdom of God with the confidence and fearlessness only possible for those with true faith.  His radiant soul and the memories we share will never be forgotten.

In lieu of flowers, donations can be made in Eric’s name to:

The Vietnam Veterans of America

The family greatly appreciates donations made to these charities in Eric P. Sehlmeyer 's name.

The Vietnam Veterans of America