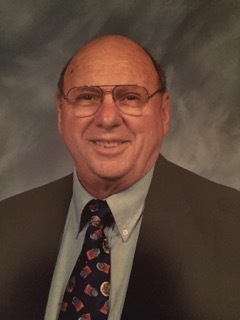 Francesco John Lonardo - Korean War Veteran, Restauranteur, 85Kings Park - Owner of well known Francesco's Restaurant, Bethpage, NY, passed peacefully in his Kings Park home of natural causes on 7/10/15. He was 85. Born in Brooklyn, on Nov. 8, 1929 as Francesco Lonardo, he was known to his family as Frank, Uncle Franklin, and Mr. Frank. As a child, Frank resided with his siblings Thomas, John, Prudence, Lawrence, Nancy, and Vito (all predeceased) in Franklin Square with his parents John and Anna (Chiovaro). Frank was a graduate of Sewanhaka H.S. (1947), where he met the love of his life, Marguerite Wunder (Honey). During 1949 and 1950, Frank worked as an upholsterer for Peppait Brothers in Freeport. Frank was drafted into the US Army on Oct. 9, 1950. After boot camp, Marge traveled to Tennessee and they married on Nov. 15, 1950 in Montgomery County. Frank was then deployed and fought in active combat in the Korean War for 10 months. He was honorably discharged on Aug. 31, 1951. Frank earned a bronze service star awarded for heroic achievement in a combat zone.Reunited, Frank and Marge lived for a short time in an apartment in Rockville Centre where they welcomed their first child Evelyn (Necroto). They purchased their first home in 1957 on N. Iowa Avenue in N. Massapequa. Frank joined the NYPD police academy but decided to follow his heart toward self employment. Frank tried his hands at several business ventures, eventually establishing Francesco's Restaurant in 1959. Frank's three other children, Diane (Johnson), Dorrine (Lambert) and Frank Jr. were born in N. Massapequa. In 1970, Frank moved his family to South Huntington and celebrated the marriages of all his children there. Evelyn to Bartholomew Necroto; Diane to Edward Johnson, Dorrine to Jeffrey Lambert, and Frank Jr. to Gina (Bragino). Frank is blessed with the gift of 13 adoring grandchildren: Christina, John Paul, Christine, Matthew, and Elizabeth (Evelyn and Bart); Edward, Trevor, and Kyle (Diane and Edward); Joseph, Diana, Noelle (Dorrine and Jeff); Anna, Frank III (Frank Jr. and Gina). Frank is also blessed with six great grand children, Arianna, Dominick, (Christina Necroto); Andrew, Erica, and Kayla (Christine Necroto - Sciallo); and Beth (Matthew Necroto). The Brazel, Potvin, Kane, Rainone, Villalobos, Shubert, Krickmier, and Hannifin families were all dear friends in South Huntington that he cherished. Frank operated Francesco's for 34 years which became a popular destination for families and a frequented lunch and dinner destination for the local employee's of Grumman. Frank served well over 1 million meals and loved all of his patrons and employees. He often made sure that any leftovers at the end of the night were made available to those in need of food. Frank retired from the restaurant business in 1995. Shortly thereafter, his wife Marge passed away. Frank became active in his local parish, St. Elizabeth's, meeting with 'the boys' (Andy, Ray, Tony, George, and other dear friends) to count the parish collection monies on Monday's. They frequently played cards and went out for meals together and other social events. Frank joined a Knights of Columbus travel group, visiting Italy and participated in Palm Sunday mass given by the Pope. This trip was a highlight for Frank as he reconnected with his heritage. In 2007, Frank sold his Huntington home and moved to the Lakebridge Condominium in Kings Park. His skepticism about living in a condo complex quickly faded as he was welcomed by Carol, Diane, Hilde and other neighbors. They shared movie nights hosted at friends homes, pool parties, luncheons, and holiday gatherings. Frank continued his connections with St. Elizabeth's, 'the boys', and also served as volunteer for the Smithtown Senior Citizens department delivering 'meals on wheels' to the home bound for six years. Over the years, Frank spent a large amount of quality time with his children, grand-children, and great grand-children celebrating special occasions but what he really cherished were the normal day to day interactions of daily life. Frank loved and cared for all his family and friends deeply. Donations to www.woundedwarriorproject.org in his name are being accepted.