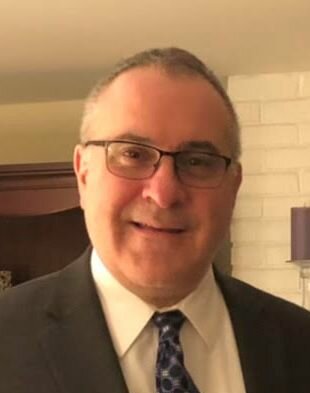 Frank J. D’Ambrosio passed away at St. Catherine of Siena Medical Center in Smithtown, NY on June 9th, 2022. He was 60 years old.

Frank was born in New York City on March 19th, 1962, to Luisa and the late Romeo D’Ambrosio. He spent his childhood in the Bronx before moving with his family to Mastic Beach, New York, where he graduated from William Floyd High School in 1980. He then earned his BBA from Dowling College and his MBA from Adelphi University. The amiability he brought with him to every stage of his life began in childhood and defined the many friendships and memories formed during these early years of life, which he cherished always.

Frank worked for several companies before establishing himself at American Express in 1988, where he met his beloved wife, Sheila Mulcahy. They were married on September 18th, 1994 and had four children- Lianna, Matthew, Laura, and Caroline. In 1999, Frank’s family settled in Smithtown, NY where he lived the rest of his life. His most recent position was Vice President of Finance at Intrado in Islandia, NY.

Frank’s blend of interests were a reflection of his traditional, Italian upbringing and his enthrallment with Modern America’s cultural canon. Among his prized possessions were a set of Technics speakers and (mandatorily) high horsepower Chryslers. Both of which were used to blast heavy metal hits of AC/DC and Black Sabbath in a rotation that also included Beethoven and Renato Carosone. Food was paramount, and Frank put great effort into preparing Italian dishes for his family to enjoy. Homemade pizza, sausage and peppers, rice balls, pasta broccoli, and a digestif of cheese were his favorites.

Sports were an integral part of Frank’s life. Throughout the years, he saw his New York Rangers, Pittsburgh Penguins, and New York Mets win titles, and, as an eternal optimist in all areas of life, always found something to look forward to regarding the New York Jets. Besides sports, Frank truly treasured comedy. Nothing made him happier than laughing with his wife and children.

A devoted father, husband, son and brother, Frank’s favorite pastime was spending time with his family. When his elder children reached the stage of life that took them out of the home more often, Frank would acknowledge how wonderful it was when all his children were with him, “sharing laughs” in the same room.

Frank is survived by his loving wife of 27 years, 4 children, mother Luisa D’Ambrosio, sister Adele McDermott, and many family and friends.