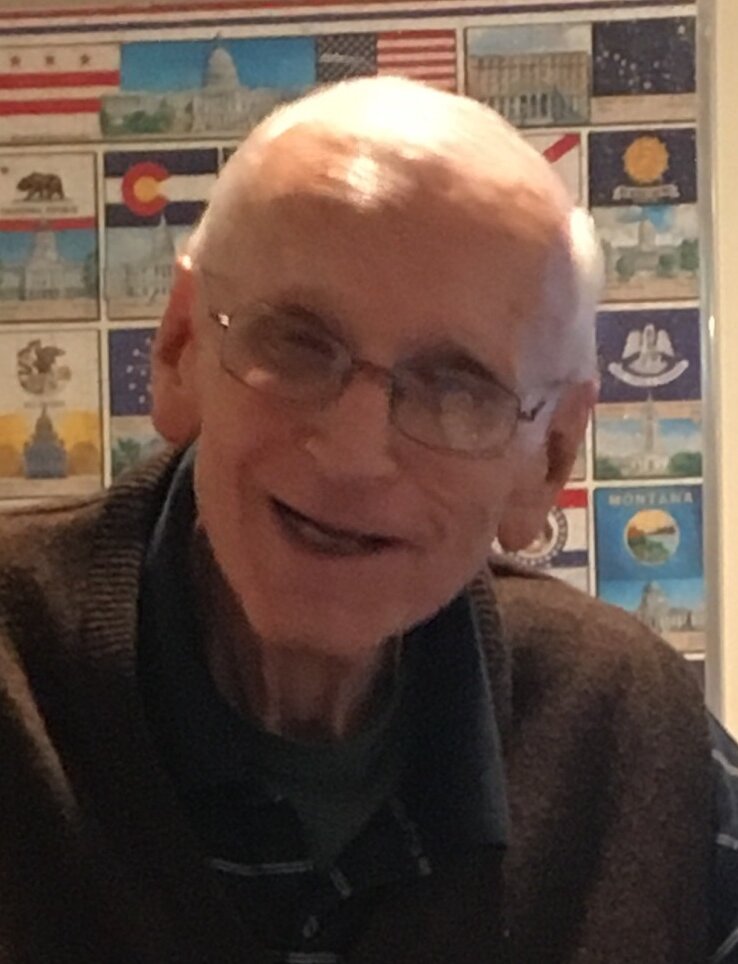 Fred N. Polik was born on July 5, 1936 to Frederick and Euphemia Polik, Russian immigrants who settled
in the tenement houses on 11th St in the lower East Side of Manhattan. During his formative years he
could be found at the Boys Club of NY where he loved to play sports and with his life-long friends,
Frankie, Larry, Lodge, and Joe. He graduated from Brooklyn Tech. Fred served in the U.S. Army as a
signals technician during peacetime and in the reserves.
In March 1959 his life was forever changed when he met his “Very Precious Love”, Connie, at the
Tuxedo Ballroom in Manhattan. They were engaged six months later and married on May 28, 1960
where he remained at her side for the next 62 wonderful years. After a whirlwind reception at Queens
Terrace and an extended honeymoon in Bermuda, the happy couple resided at 39-64 64th St. Woodside
(Connie’s childhood home) where they raised their children Mary, Freddie, and Irene. They introduced
them to Montauk Point and started the family game tradition of Pokeno.
Fred was devoted to family and his Woodside parish, St. Sebastian’s where he was a CYO baseball coach
for 15 years, a fellow thespian in “Fiddler on the Roof”, “A Funny Thing Happened on the Way to the
Forum”, and “Showboat”, and a volunteer at the yearly parish Bazaar. He was an active member of the
Catholic War Veterans and a founding fundraiser and contributor of the St. Sebastian’s Parish Center.
Fred started out as an electrician for the railroad and the Brooklyn Navy Yards. When the Yards closed
he became a Court Officer and then a Court Clerk for Kings County Supreme Court, Civil Term where he
was Principal Court Clerk by the time he retired in 1995. Fred was a member of the NYS Court
Association and looked forward to their reunions.
In retirement Fred liked to take even more pictures, travel, shop at Costco, attend family BBQ’s, visit
with friends, vacation in Montauk, swim, and watch sports on TV (especially his favorite team, The NY
Yankees) And most importantly, he enjoyed sharing in the lives of his grandchildren, Mary Christine,
Catherine, Virginia, and Joe. He proudly wore the cap “World’s Greatest Grandpa”. In 2000 Fred and
Connie moved to Smithtown, NY to be closer to their children & grandchildren. And in 2010 they
renewed their wedding vows in their new parish, St. Patrick’s Church on their 50th Anniversary.
In addition to his wife, children and grandchildren, Fred is survived by his son-in-laws, Robert Gunther
and Paul Feldman. He is also survived on his family side by his niece Ann Marie, along with her husband,
Very Rev. Fr. Alexandre and their children, Christina, Olga and Alexander (AJ) Ioukliaevskikh. And his
nephew William, along with his wife Joanne and their children Robert and Katherine Polik and his
nephew Michael Polik. He is predeceased by his parents and siblings, William Polik and Olga Hotrovich,
and his niece, Christine Hotrovich.
Fred celebrated his 62 nd Wedding Anniversary hand-in-hand with his loving wife & family.
On June 17, 2022, he returned to his Heavenly Father. Fred died, as he wished, at home on hospice with
his beautiful bride, Connie.

How Do You Measure a Father’s Love?

Do you start at the beginning with his wide grin as he holds you for the first time?
Or perhaps at the end, when your Daddy now in his hospice bed tells you, “Have a wonderful vacation
and bring me back some candy.”?
Do you measure:
The miles he drives from Woodside to Long Island and back all summer to bring his family to the beach
and play The Friendly Sea Monster ferrying you through the water on his broad shoulders?
The richness of his voice as he & mom sing their duet of “Happy Birthday to You” or its loudness as you
sing “Take Me Out To the Ballgame” together?
The depth of his devotion to teaching you the faith by his example?
The carloads of Key Food groceries to feed his family?
The height you reach as he lifts you to “Touch the Ceiling,” or how high you feel from his encouraging
words, “Try your best.”, “You can do it!”, “Don’t give up.”, “Good Job!”, “I’m proud of you.”?
The one or two times he looks you in the eyes and sincerely and humbly says, “I’m sorry.”?
The heavy weight of paying for your housing, food, clothing, schooling, extracurricular activities, braces,
Montauk vacations, health care, Christmas presents, parties, parties and more parties, wedding, and
gifts for the grandkids?
The intensity of gratitude you feel for EVERYTHING he does for you?
The twinkle in his eyes as he delivers a witty remark that makes you laugh & laugh?
The bowlfuls of oatmeal, kasha, and cream of wheat he cooks for you every school morning?
The Tenderness he shows when he cares for your children?
The volumes of photo albums, a treasure trove of precious memories that you spent together?
The single tear that falls as he lifts your veil and gives away the bride?
Or the buckets of tears you cry as you write this, dearly missing him and at the same time rejoicing that
he is now Home?
The strength of his arms as you get lost in his embrace and he tells you, “I love you.”?
. . . ?
A Father’s love is immeasurable.

The family greatly appreciates donations made to these charities in Fred N. Polik 's name.