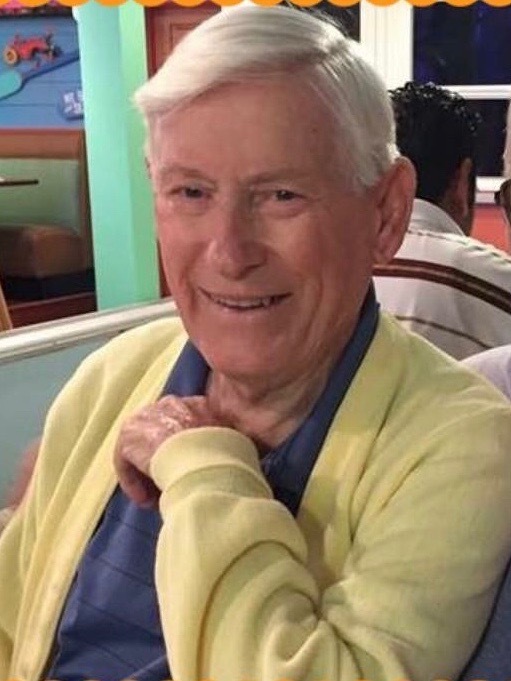 Dad was born 9/4/1928 in Brooklyn NY. Two sport Athlete as a young man. Softball and bowling champion as he matured. Brooklyn Tech High School, to serving his country as a cryptologist in Alaska with the rank of sergeant, to NYU graduate. Worked in rocket engines from the famous X-15 experimental aircraft. (The X-15 set speed and altitude records in the 1960s, reaching the edge of outer space and returning to earth.) to the lead project engineer for the Ascent engine of the Lunar Module. (LEM)Dad helped mankind leap into the heavens and then assisted them from the moon back to the earth. Legally blind for over 15 years Fred continued to play golf until this past summer and in fact had not one but two holes in one after losing his sight. He led his life with dedication to his family following his strong faith as a leader in his church shepherding new couples on their path to marriage through his participation in pre Cana programs and as leader of song at weekly mass. His children consider him their hero as do so many others. He led by example, always the gentleman and friend to so many.We envision him now with Ruth and all his family and friends sitting together toasting the good life beyond the pearly gates. The leader of our band ...We love you Dad.