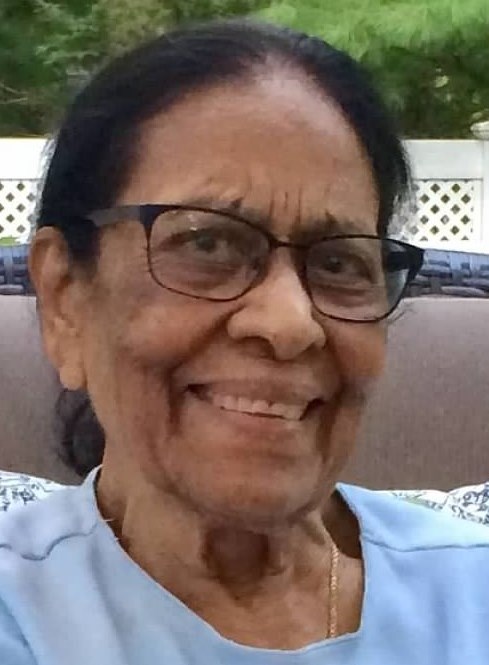 Grace Koshy – also known as Ma, Didi, Grace Aunty, Kochamma, and of course ‘Dida’ to almost everyone – went to be with our Lord and was reunited with her mom, dad, siblings and her beloved husband whom she called ‘Achayan’ on August 20, 2020.

Grace was born in Kolkata, India to Usha and Issac Newton on December 15, 1927, where she grew up and eventually started a family. She was the oldest of eight siblings and served as a role model and mentor to each one of them. Grace was a fearlessly, independent woman who created her own path in life. In 1945, at the young age of 18, she enrolled in nursing school and eventually became an operating room nurse. In 1951, she met P J. Koshy, the brother of her nursing school roommate whom she later married in 1958. They raised two children John and Anne in Kolkata until moving to Buffalo, New York in 1983. Grace always flourished in the company of others and showered them with her unconditional love and generosity. With only two items in the fridge, she could create a buffet for her family and an atmosphere of joy and warmth. Grace was happiest when she was making sure everyone around her was comfortable and fed. Even if you told her you had eaten she would give you food – ‘just have a little’ – she would say. Along with her love for cooking and caring for others, she loved music, secretly watching golf, talking to people on the phone and writing cards. She could spend hours looking for just the right card – birthdays, anniversaries, holidays, retirement, new home – you name it – because it had to have just the ‘right words’. She would even write thank you cards for receiving a thank you card.

Everyone mattered to Grace and she made each of us feel very special. We were blessed to learn many valuable lessons from her; unconditional love for all, forgiveness, deep faith, generosity, kindness, compassion and ‘there is nothing that a cup of tea cannot solve!’ She embodied her name – and lived in grace.

Grace is survived by her son, John (Kathy); her daughter, Anne (Eugene); and five grandchildren, Anna, Leah, Alex, Sam, and Kathryn and countless other nieces, nephews, family members and friends whom she loved deeply and dearly.

Monday’s funeral service for Grace will be livestreamed, if you would like to join the chapel virtually please click the link below.