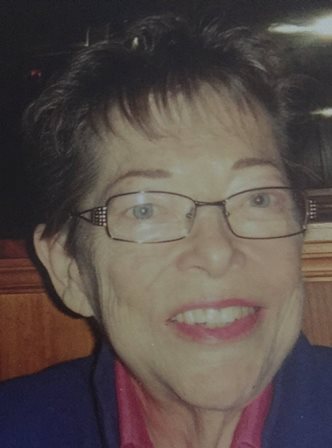 Joan was born in Brooklyn, N.Y. on November 12, 1935, the daughter of John Janiak and Anna Neumann. Joan graduated from High School and then went to the Fashion Institute of Technology for dressmaking and design, often designing and making her own clothes.

Joan didn’t marry until she was 52 and before that she traveled extensively through Europe and the United States.

Joan married Fred Lauth, he was an avid photographer and loved taking photos and together they would take many road trips capturing and enjoying the beautiful scenery.

Joan was the proud sister of her late brother Jack, her late sister Patricia (Pat),

Joan is survived by her brother Gary, her nieces and nephew, Bernadette, Caroline, Valarie, Stephen, and their children, grandchildren, and great grandchildren as well as her nephew’s Bucky, John and Frankie.

We will miss her dearly, she led a long and fulfilling life and was loved by many.

Rest in peace Joan, we are blessed to have been part of your life.