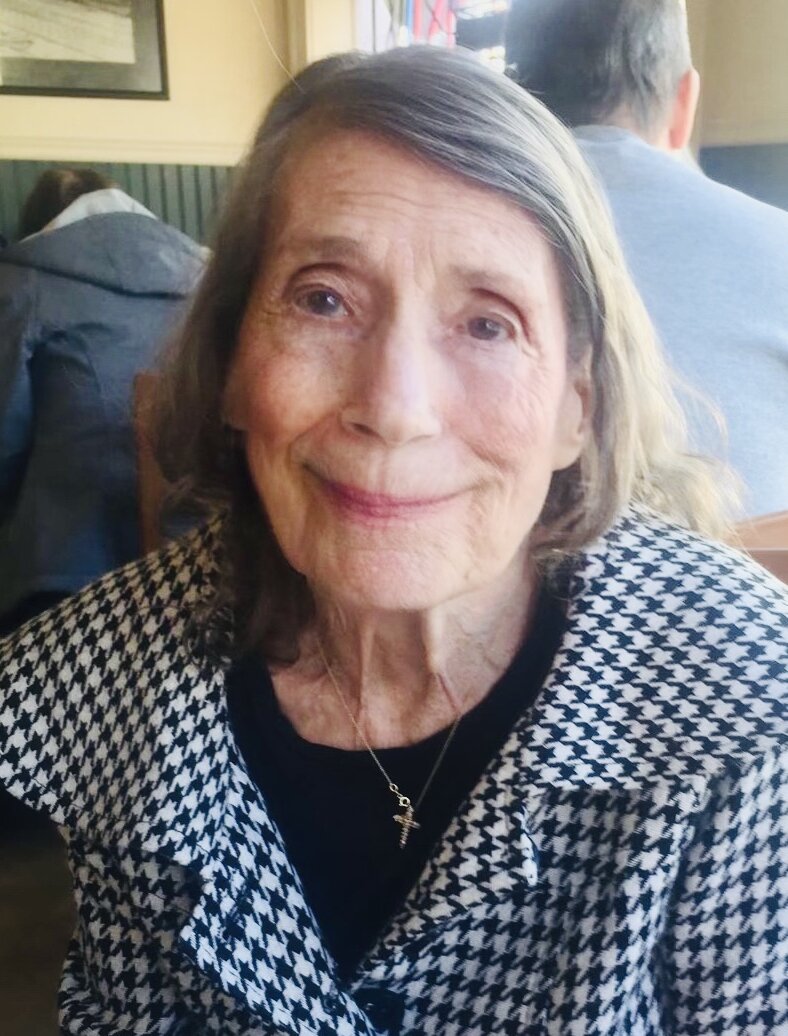 Joan Agnes Friedel was born to Helen and Julius Friedel of Rockaway Queens on August 10, 1936. She grew up in the Bronx with her older sister of eight years, Florence, who she idolized and loved with all her heart.  As a child she loved playing stick ball and off the point which she played with Flo’s husband Joe, someone whom she admired and looked up to for sage advice throughout her life.

She was married for 50 years to her devoted husband Charles Harrison (deceased) with whom she raised four children—Christopher Harrison (Jackie), Marianne Koke (Robert-deceased), Carmen Woods (Mike), Lydia Fabre (Michael). She and Charles were also foster parents to Carlos, Justin, and Frank. Joanna loved children, and they loved her. All children responded immediately to her because she got right on the floor with them, made herself small, and spoke to them as if they were the most important people in the room. Joanna and Charles raised their family in Coram before moving to Saint James, and then spent some time in Cartersville, Georgia, and New Paltz, New York before moving back to Long Island.

Joanna’s children have fond memories of their mom introducing them to poetry. She would read aloud to them the poems of Robert Louis Stevenson, Emily Dickinson, Robert Frost, Edna St. Vincent Millay and Walt Whitman, and then ask them to interpret their meaning. Her children also remember competitive ping pong games in the basement of their home. Joanna also had a great love of film and her granddaughter Elizabeth recalls watching Meet Me in Saint Louis on repeat during sleepovers at Grandma’s house. Her extended family often gathered at her home for holidays where she served her memorable lasagna. Joanna studied astrology throughout her life as she believed the stars were connected to everyday life. When meeting someone for the first time, she had the uncanny ability to identify their astrological sign after only twenty minutes of conversation.

As a devout Catholic Joanna attended daily mass. Although she was baptized and received her communion as a child, she was never confirmed. At the age of eighteen she sought out religious instruction while working for the telephone company in Pennsylvania. She was confirmed in the Catholic Church in the Cathedral of Philadelphia. She gathered her family to pray the rosary each October (the month of the Most Holy Rosary) and May (the month of Our Blessed Mother) and passed her deep faith to her children. She prepared her children to participate at mass by playing mass at home where she would assume the role of the priest and recite the prayers so that her children would have an opportunity to learn the appropriate responses. During her life she helped in the kitchen at Church fundraisers, taught religious education including to children with special needs, laundered church linens, volunteered at Meals on Wheels cooking and delivering food to homebound members of the community when she lived in Georgia, and was a member of the SSPJ Wash Kit Gang. She took care of her mom as she aged and then her husband who was infirmed for many years after a serious head injury from a fall at work.

As a woman who strived for social justice and a staunch Democrat, she followed current events and participated in spirited discussions over the dinner table. She was particularly thrilled and proud to be able to cast a ballot for “her girl” Hillary Clinton.

She will be missed by all her family and all who were lucky enough to know this wonderful woman who spread her love around this world.

Because I could not stop for Death by Emily Dickinson

Because I could not stop for Death –

He kindly stopped for me –

The Carriage held but just Ourselves –

We slowly drove – He knew no haste

And I had put away

My labor and my leisure too,

We passed the School, where Children strove

We passed the Fields of Gazing Grain –

We passed the Setting Sun –

The Dews drew quivering and Chill –

For only Gossamer, my Gown –

My Tippet – only Tulle –

We paused before a House that seemed

A Swelling of the Ground –

The Roof was scarcely visible –

The Cornice – in the Ground –

Since then – ’tis Centuries – and yet

Feels shorter than the Day

I first surmised the Horses’ Heads

The family greatly appreciates donations made to these charities in Joanna Harrison 's name.