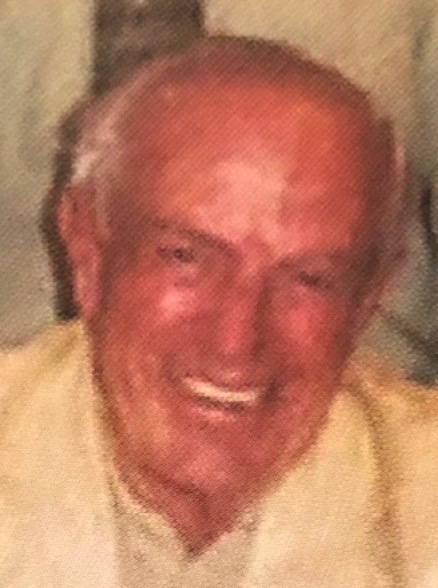 Joseph Patrick Williams
Born in Brooklyn, NY on August 5, 1929
and passed away at his home in Smithtown on October 28, 2020.
Joe is survived by his wife, Eileen (Coyne) Williams. Joe was a devoted and supportive husband to Eileen for sixty-three years.
Joseph grew up as the eldest of eight children and served as a great role model for his brothers and sisters. Joseph earned his high school degree at Erasmus Hall. Joseph was predeceased by his father, Joseph J. Williams and his mother Helen (McAlpin). Joe is also predeceased by his siblings; John Williams (Ann Cody), Mary Gilfeather (Thomas), Veronica Cirone (Al), Vincent Williams, Matthew Williams (Mary Buckley), Helen Curley (Peter). Joe is survived by his brother James Williams (Joan Mc Gowan).

Joseph and his wife, Eileen were blessed with six daughters and after moving from Brooklyn they settled in Hicksville, NY, where they lovingly raised their daughters. Joe is predeceased by his beloved daughter Monica Williams. He is survived by his daughters; Mary Williams Molloy (James Molloy EOW 1/30/17), Janine Heinlein (Jay), Margaret Anne Williams-Tine (John Tine), Sheila Williams-Schmidt, Katrina Williams (Jeff Lockwood).

He is also survived by his twelve loving grandchildren; Alexa and Christina Molloy, Patrick, Sara and Jessica Heinlein, Julia Fortin (Matt), Matthew Tine, Dr. Bernadette Schmidt, Makayla and Isabella Schmidt, and Kiernan and Eliza Lockwood. His grandchildren loved spending time with Joe especially at his summer home in Lake Luzerne. Joe was proud and supportive of their accomplishments.

Joe is also survived by many nieces and nephews whom he loved as well.

Joe was an Army Veteran of the Korean War (2nd Infantry Division) and served in the Coast Guard Reserves. He was very proud of his service in both organizations. Joe was a firefighter in FDNY (the Bravest was a well-deserved name), and was promoted to Lieutenant and retired as a Captain. Joe served at Ladder 111 and the Fire Academy, and he especially enjoyed the team of fellow firefighters at Ladder 176 (The Tin House). Joe and his friend, Louie Augier, started The Tin House Fun Run over forty years ago to benefit the New York Firefighters Burn Center Foundation. Their legacy continues today through the annual event. In addition, he was awarded the Brummer Medal for his courageous rescue of two children while using a scaling ladder under dangerous conditions on Christmas Eve in 1968.

Joe had a love of languages and he earned Masters degrees in both Russian and English as a Second Language from Queens College. After retiring from the FDNY, Joe worked at the American Embassy in Moscow.
Joe was an athlete who enjoyed running marathons, competing in triathlons, biking across Washington State, Oregon and Georgia and he was an avid golfer.

Joe and his wife, Eileen spent their retirement years in Jensen Beach, Florida, where they made many wonderful friends. They spent summers in Lake Luzerne in the Adirondacks. He and Eileen travelled to Russia, Germany, France, Austria, Medjugorje, Italy, Ireland, Turkey, Singapore, Bali and much of the United States.

Joe’s Catholic faith was extremely important to him. For much of his life he attended mass daily and he prayed for peace by reciting the Rosary every day. The rosary was always part of any road trip, and he was loved and admired for that dedication.

Joe’s outlook on life was optimistic and when his granddaughter was recently married, his wish for her was to have a ‘Happy Life!’ That is something that Joe was able to emulate in his 91 years.

In lieu of flowers the family requests that donations be made to the New York Firefighters Burn Center Foundation https://www.nyffburncenter.com/

The family greatly appreciates donations made to these charities in Joseph Patrick Williams 's name. 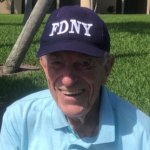