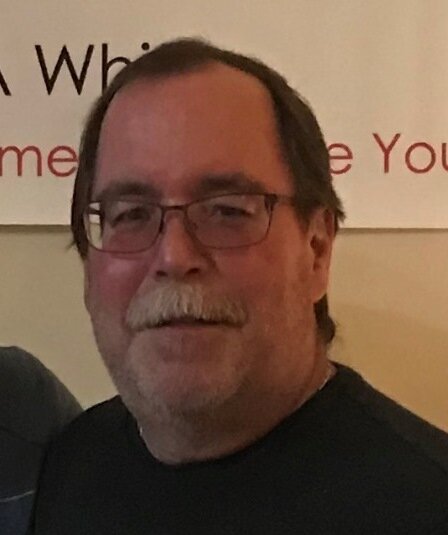 Keith was born in Bridgeport, Connecticut and raised in Fairfield, Connecticut with his six siblings. As a child, he loved playing Little League and soccer, playing with neighborhood kids, and being outdoors. He was involved in Boy Scouts and Fire Explorers. He attended Fairfield public schools, and was a graduate of Andrew Warde High School Class of 1983. Upon graduation, Keith enlisted in the US Navy, where he was stationed at Naval Air Station Oceana for five years. He served on both the USS Forrestal and the USS Independence, and traveled as far as Singapore during his tours. Most recently, Keith worked at Biodex Medical Systems, having worked himself up to Test Department Supervisor over the past 28 years.

Keith is survived by his two children, both of whom he was incredibly proud: his son, Corey Richard of Ridge, and his daughter Jenna Marie and her wife Jacqueline, both of Dover, Delaware, as well as the love of his life, AnnMarie Lawson, who made him truly happy every day as they shared their lives together, as well as her three children Bryan, Megan, and Kyle, and grandchildren Noah, Peyton, and Ember. Keith was also survived by five sisters – Gail Rivera of Stratford, CT; Nancy White of Apopka, FL; Ruth Dushay (Paul) of Shelton, CT; Susan Klemish (Michael) of Monroe, CT; and Jonel Dushay (Michael) of Monroe, CT. He was also survived by many cousins, aunts and uncles, and many great nieces and nephews. Keith valued many long-term relationships with friends from childhood, school years and work over the years.

Keith was predeceased by his parents, Harry F. and Ruth M. White, who lived in Fairfield, CT for many years and raised Keith and his six siblings there. He was also predeceased by his brother, Harry G. White, as well as two additional very special relatives with whom he cherished a special and close relationship growing up – his brother in law Luis A. Rivera and nephew Mark A. Rivera, both of whom were always close by in Keith’s heart.