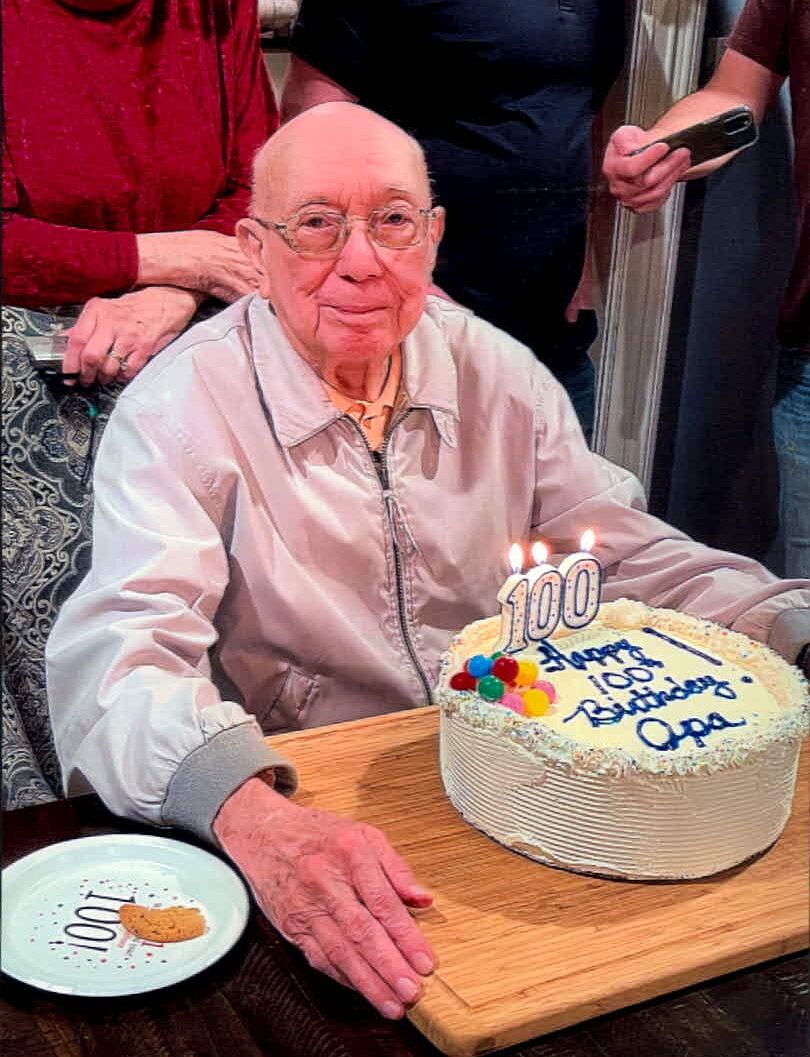 Lambertus Olmeijer, age 100, of Ridge, New York passed away Thursday, April 14, 2022. He was able to spend his final days at home, and passed in the company of his loving wife Lenchen and daughter Regina. Bert, as he was called by those who loved him, was born October 15, 1921 in Bandung in what was then the Dutch colony of the Netherlands East Indies and which is now the independent country of Indonesia. He spent much of his youth living in the city of Soerebaja on the east end of the island of Java with his father, also Lambertus Olmeijer, mother Clara Antoinet Olmeijer (née von Franquemont) and eldest brother Charles, older sister Vera Marie, and younger brother Augustinus.

An attempt to pursue an education and training to become a doctor was interrupted by World War II, when he was conscripted to fight in the Royal Netherlands East Indies Army, captured by invading Japanese forces, and detained for more than three years in a prisoner-of-war camp at a copper mine in the city of Hitachi, Japan. Following release from captivity at the end of the war, the subsequent Indonesian War of Independence caused the family to emigrate to the Netherlands before Bert struck off on his own in 1959 to find a new life in New York City.

Living in Queens, Bert pursued training for and found a career as a computer operator for the Sperry & Hutchinson Company, becoming a pioneer in the emerging industry of information technology. He met Lenchen Ritz, herself an immigrant from Germany, through mutual acquaintances, marrying her in 1967. They would have daughter Regina Magdalena and son David Lambertus during their 54-plus year long marriage, 44 of which were spent at their house in Bayside, Queens before they moved to Ridge in 2013.

Bert is survived by his wife Lenchen Olmeijer; his daughter Regina Meskill and son-in-law Timothy Meskill, both of Wading River, New York; and son David Olmeijer and his partner David Oppenheimer, both of San Francisco, California. In his later years, Bert embraced his role as Opa to granddaughter Breanna Meskill and grandson Brendan Meskill.

The family greatly appreciates donations made to these charities in Lambertus Olmeijer 's name.