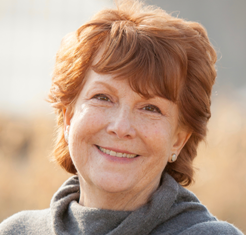 It is with deep sadness that the family of Lynne Pulsinelli Abi-Zeid announces her passing on July 7, 2017 after a courageous battle with cancer. Lynne is survived by her husband, Danny (Maroun) Abi-Zeid and her three beloved children, daughters Jamel (Jamie) and Jenna, and son George. She is also survived by her three siblings and their spouses: sister Denise Flaherty and her husband Terrance Flaherty, brother Chuck Pulsinelli and his wife Michele Aquino and brother Artie Pulsinelli and his wife Helen Pulsinelli.In lieu of flowers: During Lynne's peaceful last days at Mather Hospital, strong sunlight filled the room, an accurate representation of the warmth and exceptional care Lynne felt from each of the doctors, nurses and aides. On the morning of Lynne's passing, it rained heavily. A close friend described the change in weather as the tears of the many who will mourn her. In lieu of flowers, please consider donating to John T Mather Memorial Hospital, where we hope to dedicate room 3514 of 3North in her memory. Donations will be accepted at Branch Funeral Home of Miller Place.