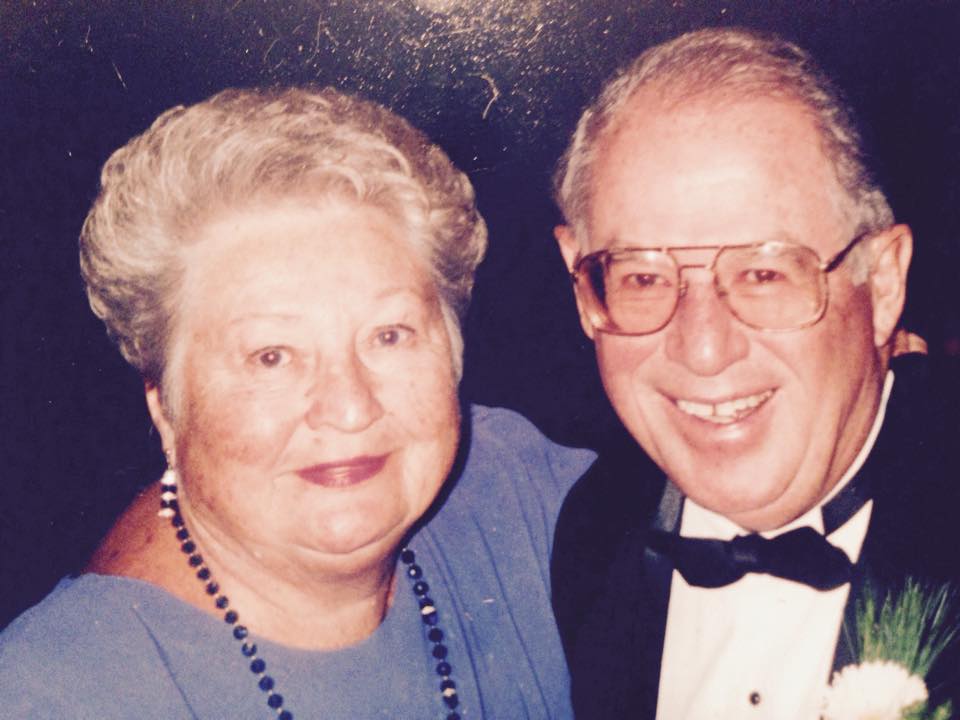 Madeline M. McAndrew (1922 – 2015)Madeline M. McAndrew passed away quietly in her sleep on February 9, 2015 after 92 years on earth. She was surrounded by those she loved till the very end. Madeline was born on the Lower Eastside of New York City in 1922 and spent her childhood in Staten Island, New York and Weehawken, New Jersey. She married Bill McAndrew (now deceased) in 1946 whom she met while they both worked at Manufacturers Trust Company. Madeline and Bill raised their four children; Bob, Ken, Kathy and Bill in Brooklyn, New York with summers in Rocky Point, Long Island amidst more extended family and friends. Madeline's outgoing personality lent her to exceed in leadership positions in her community, specifically local church and private beach organizations. She enjoyed time with family and friends at parties and events throughout her life, especially when she could play her ukulele and lead everyone in song till the wee hours of the morning. Madeline was an outstanding hostess and cook with a talent for making everyone who entered her home feel like family. She fed many families in Brooklyn and Rocky Point whenever that opportunity presented itself. Madeline was an avid fisherman and not many '˜big ones' got away! Her travels with her husband Bill focused on many trips, cruises and a wonderful life at their second home in Fort Myers, Florida. Madeline was predeceased by her best friend and loving husband Bill and her dear brother George Kohm. She is survived by her children and their families: Bob and his wife Rosemary of Morristown, New Jersey; Ken and his wife Emeldine of Smithtown, New York; Kathy McAndrew of Mississauga, Ontario; and Bill and Karen of Milford, Connecticut. Her loving grand children and great-grandchildren are Jennifer and her husband Jon Vuotto (Julia and Jack) of Morristown, NJ; Dr. Lisa McAndrew of Philadelphia; Michael and his wife Jaci of Florham Park, NJ (Chase); Patrick McAndrew of New York City; Ian McAndrew of San Francisco; Margaret McAndrew of Milford, Connecticut; Ryan, Kerri and Sean Klotz of Mississauga. Ontario. She is also survived by her sister Agnes McAndrew and brother-in-law Edward McAndrew of Jacksonville, Florida, and her brother William Kohm and his wife Norma of Haworth, NJ. In lieu of flowers the family would request donations in Madeline's name to the American Heart and Stroke Foundation.