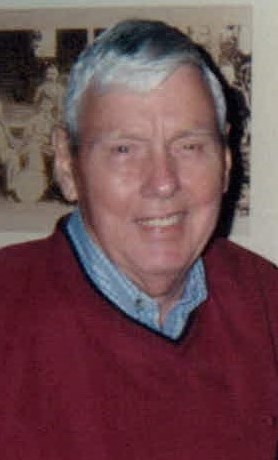 Martin J. King, passed away on November 24, 2018 at 87. Marty was born in the Bronx, NY to Thomas and Catherine (nee Duffy) King on February 26, 1931. After graduating from St. John's University, Marty served in the US Army during the Korean War as a Corporal. He then pursued a 31 year career in the FDNY where he rose to the rank of Captain. He was also able to see his sons follow in his footsteps. During his FDNY career, he was able to obtain a MS from Hofstra University in Education. Marty's interest outside work included golfing, and music. His love of music was such that he became the leader of his local community band. Golf was another activity he engaged, probably more for the camaraderie than the actual game. Marty enjoyed traveling with his wife Bobbi where they explored various countries in Europe. He is survived by his beloved wife of almost 60 years Anna Marie 'Bobbi' (nee O'Shea) his loving children Christopher (Angelique), Robert (Mary) and Maureen (David) Brau. He is one of 6 children. He was predeceased by his brothers and sister, Thomas, John, Catherine and Frank. He is survived by his sister Sally Maddock. Adored grandfather of Thomas, William, Caroline, Ryan, Tara, Sarah & Jack. Marty will be remembered as a person with a smile on his face and a quick wit that made you feel comfortable. In lieu of flowers, donations can be made to FDNY Emerald Society Pipes and Drums at www.fdnypipesanddrums.net.