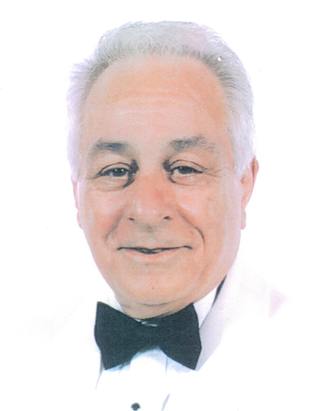 Nicholas M. Mauro
Born: February 16, 1934
Passed away: May 31, 2021
Nicholas (Nick) M. Mauro, of Smithtown, passed away on May 31, 2021 at the age of 87 at the
Visiting Nurse Hospice of Suffolk County Center in East Northport, New York.
Nick was born and attended grammar and high school in Perth Amboy, N.J. And attended
college in Forest Grove, Oregon. In 1957 Nick began his service in the United States Army
serving in the Military Police and Criminal Investigation division until 1962. Nick was awarded
the Army Commendation Medal for Meritorious Service during his tour in Saugus, France.
After the Army, Nick had a successful career working for Thom McAn Shoe Company, a
division of Melville Corporation, until his retirement in 1996.
Nick was also very active in the community where he was a member of the Sons of Italy (OSIA),
Dr. Vincenzo Sellaro Lodge #2319 serving in numerous positions including on the Council:
Trustee (1991), Second Vice President (1991-1993), First Vice President (1993-1995), President
(1995-1997). Nick was an active member and chaired numerous committees up until recently.
Nick served the Grand Lodge with distinction and was the recipient of the prestigious Dr.
Vincent Sellaro Award in 2007; and President’s Lifetime Achievement Award 2009 as well as
the Bene Emeritus Award in 2019.
He also actively participated on the state and national levels including as a board member to
the OSIA Day Care Center, was a New York State Deputy, and was elected to the National
Arbitration Committee to highlight a few of his many accomplishments.
Nick also was an active, participating member of the following organizations: St.Patrick Usher
Society; Knights of Columbus; Holy Mother Mary Council, and the American Legion.
Nick was the youngest of seven children born to Santa and Augusto Mauro. He is predeceased
by his five brothers: Joseph, Anthony, Lewis, Salvatore, and William, along with his beloved
sister, Antoinette.
He is also predeceased by his first wife Ginette Gaugry, whom he met in France while in the
Army. They had two children, a daughter, Sylvie, who is married to Ernest Feist, and a son,
Nicholas (Nicky), who is married to Nina Capra. He has three grandchildren, Ernie Feist Jr., and
Nicholas and Anthony Mauro. Ginette passed away in 1989. Nick met and married his second
wife Charlotte in 1993. She passed away in 2000. Nick met and has been committed, since
2004, to Marian Palazzolo and her two daughters and their families: Claudia, and her husband
Doug Gordon; and Gina, and her husband, Bob Nuzzo; and, Marion’s grandchildren: Douglas
and Thomas Gordon, and Edward, Joseph and Michael Nuzzo. Nick is also survived by many
nieces and nephews.
Nick was vibrant and enjoyed life, especially a good joke, was proud of his family, and Italian-
American heritage and faith, and was loved and blessed with many friends.

In Lieu of flowers, donations can be made to St. Jude’s Children’s Research Center.

The family greatly appreciates donations made to these charities in Nicholas M. Mauro 's name.