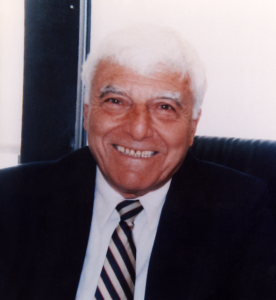 Nicholas George DeCillis transitioned from this world on Sept. 10th, after a brief and unexplained illness at the age of 90. He was a significant force in interscholastic athletics in Suffolk county for over 60 years.

Nick was born in 1932 to Catherine and George DeCillis , and raised in the lower east side of Manhattan. He graduated from NYU and was subsequently drafted into the army, serving from 1953-1955 in the Korean war. Nick married Frances Mortensen in 1959 and together they had three children, Katherine, Nicholas Jr and Paul.

He began a teaching and coaching career at Newfield High School in 1956 and in 1959 became the first Athletic Director in the Middle Country School district. Nick built an illustrious career as Athletic Director, serving 35 years at Middle Country where he developed both boys and girls athletic, physical education, and health programs from the ground up. Nick later served as Athletic Director at Sag Harbor (10 years) and Center Moriches (4 years), with interim positions at Southold and Commack along the way. He was an advocate for all sports and all athletes at the high school level. He was inducted into the Suffolk Sports Hall of Fame in 2006 and the New York State Public High School Athletic Association Hall of Fame in 2010. He finished his career working at Section XI, the governing body for Suffolk County public high school athletics.

He was loved by all and will be dearly missed.