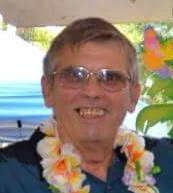 Richie Magnussen was known by all as 'Richie Pepsi' having spent his entire career as a Pepsi-Cola Distributor in Queens, NY. Richie was very proud of his Pepsi business but was most proud of his incredible family; his loving wife Donna, whom he fell in love with the moment he laid eyes upon her. Loving & proud father of Kimberly (Matthew) Pena, Thomas, Christina, Jessica (William) Sharrott and Matthew. Adored PaPa of Brooke, Brianna and Bella who would bring the greatest joy to him as he loved them so. Dear brother, nephew, brother-in-law, cousin, uncle & friend to many. Richie was the most loving, kind and genuine man and would do anything for anyone. Richie was always two steps ahead of you as he took care of things before you would even ask. What truly defines the type of person Richie was is the long and courageous battle he fought with small intestine cancer (Adinocarcinoma). Diagnosed in May of 2012, Richie endured numerous surgeries, chemotherapy treatments and ultimately Immunotherapy. Over the course of his 6-year battle, Richie was told many times there was nothing more they could do but he never accepted that message and, through his love for his family, his strength, determination and courage, he continued to defy the odds. Richie would rally the entire family to participate in and support the Swim Across America Sound-to-the-Cove event each year in August. He knew the monies raised at this event would go directly to Cancer Research and Treatment Priorities at Memorial Sloan Kettering and other facilities and that gave him tremendous hope for a cure. To further define the type of person he was, one of his departing messages was 'if I can take someone else's pain so they would be ok then I am perfectly fine with that because that is what the Lord would want'. The family has requested that in lieu of flowers, a donation in Richie's name be made to Swim Across America. You can make a secure online donation at the following url: https://www.swimacrossamerica.org/goto/inmemoryofrichie