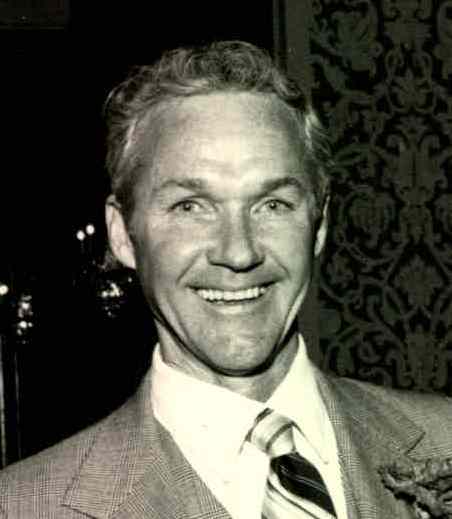 Obituary for Richard D. McKillopRichard D. McKillop died at his home in Smithtown, NY on April 16, 2018 surrounded by his loving family. Born in 1931 to Daniel and Anna Mary McKillop, he grew up in South Ozone Park, NY. He joined his seven older siblings; Edward, Raymond, Daniel, John (Jack), Brendan Alan, Claire and Maureen, and the family later grew with his younger siblings Kevin, Eugene, Margaret Mary and Francis. Richard had a desire for learning and graduated John Adams High School with honors in January 1948. He was the first of his siblings to attend college and graduated Queens College, NYC with a B.A. in Political Science and a minor in Economics in June 1951. He entered a graduate school program for public administration at NYU, completing 30 credits before he was called into the military to serve his country. Richard McKillop proudly served in the US Army during the Korean Conflict and attained the rank of sergeant. Richard married his wife, Theresa Kaspar, in 1954 and moved to Glendale Queens. They later lived in North Bellmore Long Island, where they raised 6 children.Richard (Dick) McKillop also enjoyed a well-respected career in the copper industry that spanned over 40 years. Starting out as a clerk at AMAX, he became a prolific buyer of blister and scrap copper and retired from AMAX as Vice President of Raw Materials. He later worked for Franklin Smelting & Refining and David J. Joseph Co. His business skills were as sharp as his wit, and you never wanted to be on the other end of a negotiation with him. People often referred to him as the 'King of Copper'. He loved the business, and many of his associates became lifelong friends. In the 1990s, Dick and Terry retired to Port St. Lucie, Florida, where he continued to enjoy his passion for tennis, as well as golf and bike riding. They moved back to Long Island in 2014.He is survived by Theresa, his beloved wife of 63 years, as well as his adored children and their spouses: Claudia and Dr. Jeff Fishman, Christine and Gary Lespinasse, Diane and Joe Santos, Richard and Patty McKillop, Mary Ellen and Bill Goetz, and Jacqueline and Anthony LaGattuta . He leaves behind 15 treasured grandchildren: Steven Fishman, Karen (Brian) Fried, Lauren (Peter) Boettcher, Dr. Danielle, Brianna, and Alexandre Lespinasse, Jason, Craig and Sofia Santos, Meghan, Lindsay, Emma and Kelsey McKillop, and Richard and Nicholas Goetz; and 3 precious great grandchildren: Michael Fried and Luke and Liam Boettcher. He was predeceased by his parents (Daniel and Anna), 10 of his siblings, and his nephew, Stephen Kaspar. He is also survived by his adored sister Margaret and brother-in-law John Modica, sisters-in-law Carolyn, Eny, Helen, Mary, and Dorothy McKillop, and his brother-in-law and sister-in-law Matthew and Marie Kaspar. Richard will be remembered for many things: his love of family, his intelligence, his witty banter and financial generosity which he often kept hidden. Richard McKillop is best described as a man of honor and integrity. In a world where morals and values continue to deteriorate on a daily basis - this was a man who lived by a code of ethics. His word meant something and anyone who met him knew that. He will be missed. Friends may send memorial donations to the Parkinson's Foundation: https://parkinson.org