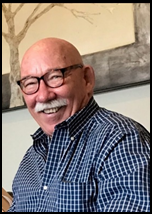 Stephen passed away peacefully on October 15, 2022 surrounded by his loving family. He leaves behind his loving wife
Maureen, their beautiful children Brian (Jaime), Stephen and Christine. Stephen so loved his brother and sisters who will
miss him terribly, Cathy, Christine (Ed), Thomas (Teresa), Barbara (Ron), Patty (Terry), Eileen, his stepbrother Johnny
(Mary), his stepsister MaryPat (Bobby). Pop Pop will be especially missed by grandchildren Cassidy and Owen. Stephen
was predeceased by his father and mother, Paul & Eileen and by his stepfather Jake Schof. He will be dearly missed by
his many nieces, nephews and great nieces & nephews.
Steve was the eldest child of Paul and Eileen growing up in a loving family with 6 other siblings in Queens, New York. He
spent his formative years in Elmhurst attending St. Bartholomew Grammar School, Monsignor McClancy High School and
was a proud alumnus of Manhattan College as was his father before him. When he and Maureen married in March of
1980 it was the beginning of a long and beautiful adventure. They lived in their house in Smithtown almost their entire
married life with Stephen building on to the house as he and Maureen built their family together.
Growing up an athlete and excelling in all sports, Steve was happiest playing baseball and running track. He was part of
the McClancy 880 yard relay team that set the school record in 1965. When his own children participated in soccer and
lacrosse from a young age he admittedly knew nothing about those sports and immediately took courses in both,
including how to referee so that he could be actively involved as a coach, mentor and parent. Steve was a diehard Mets
fan and got to games every chance he could, he was our own Mr. Met. He loved the beach with family, spending
summers at Robert Moses and Block Island. Also an avid traveler, he and Maureen loved spending time in Italy, Mexico
and Florida with family and friends.
Stephen will be remembered as a loving and devoted husband, a wonderful father, and the most fun loving, faithful,
reliable … uncle, friend, travel buddy, work colleague, coach, mustache wearing man ever to inspire the planet.
Thanks to everyone for your love and support. Seeing Stephen in your eyes and hearts makes this difficult time less so.
We are grateful to have such caring family and friends.

The family greatly appreciates donations made to these charities in Stephen Pober 's name.