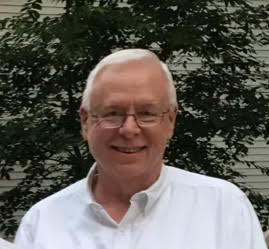 A native of Long Island, New York where he was born the son of a lithographer and a registered nurse. He spent his first years on the Island when at age 9 his father took a business opportunity in San Juan, Puerto Rico where he lived until he left for college. He attended the Colegio San José while in Puerto Rico then continued his education with the Marianists at the University of Dayton studying chemistry and Spanish education.

He later joined the United States Air Force and served during the Vietnam Era.

He returned to Long Island to start his family and join his father in the printing business at Shannon & Sons which saw nearly 40 years in business. He’s always been passionate about his work, took on a love for flying and enjoyed poker night with the boys.

He is preceded in death by his parents, Charles and Margaret, and his brother Charles. He leaves behind his loving wife Theresa, sons Michael (Amy), Brian (Su), and Thomas, Jr., his granddaughter Jaden, his siblings Theresa (Pepe), Maureen (I gotta get in one more Happy Birthday!), Bonnie (Dan), Joe (Linda), numerous cousins, nieces and nephews, and his ever vocal companion Havoc.

He and his family would like to thank Dr. Nataliya Titarenko, her Ukrainian crew and the staff at Mather Hospital for their excellent management of his medical needs. They would also like to thank the faculty and staff at Stony Brook Medicine and Good Shepherd Hospice for their kind and compassionate care for him and his family.

In lieu of flowers, donations can be made to the Long Island Cares food bank.

The family greatly appreciates donations made to these charities in Thomas L. Shannon 's name.