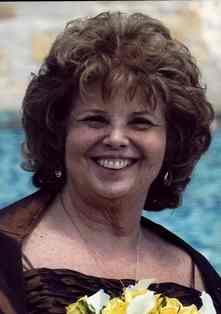 The second of five children of Catherine (Kitty) and Robert (Robbie) Hines, Ginny was a vivacious and happy Brooklyn girl who was a daughter, a sister in her own family, and a Religious Sister for more than a decade, called to care for God’s neediest and most forgotten persons.
As a member of the Nursing Sisters of the Sick Poor for over 10 years, she graduated from Molloy College in 1970 and worked in both hospital and homecare nursing in New York and as a missionary in the Bahamas (where she would not only fulfill her promise to “Minister in Christ” but to delight in the beauty of sun and sea – Ginny was a beach bum at heart).
As the years went on, God led her down a different path and although she left the structure of the community, it never left her. Later she earned a Master of Public Administration and was known for excellence at multiple homecare agencies. She practiced as a registered nurse for 52 years.
Work was only a small part of who Ginny was. She was a hostess extraordinaire, she loved to cook and entertain, and she delighted in being with family and friends. She met and married Thomas Brady, and their longing for a baby was fulfilled through the gift of adopting Cathy. She reveled in motherhood.
As much joy as she had, she also knew pain. She lost her husband suddenly, and later her child to addiction and then to violence. But God didn’t leave her alone, and she and Bernie Haggerty found each other. He was her support, not only through loss, but also through the trials of illness – both physical and mental. He was faithful and he knew she loved him, even when she could no longer say it. She fought over and over until she just couldn’t battle any more.
How will we remember her? Foremost as a friend: Ginny never met anyone who didn’t immediately become a friend – forever. Strongest and most faithful of friends, she was a kind, loving, generous woman who will never be forgotten. (She was also a fervent dog lover.)
Both of her sisters went ahead of her to peace, and she leaves behind her Bernie, who laughed with her in good times, and wept and cared for her in the bad times. She also leaves two brothers, much-loved cousins, nieces and a nephew, and more friends than the stars in the sky.
Two days after her 76th birthday, she was rewarded for her loving spirit, huge heart and caring for all those she helped. On April 5, after waiting a long time in the vestibule of heaven, she was welcomed home warmly as a beloved daughter of the King, and sister of the Savior. Heaven rejoices while our tears flow, and she is enjoying “what eye has not seen, ear has not heard” — the riches, rest and peace promised to special people like her. And since Ginny is still a nurse, she will help us with our life care plans until we join her forever.
We will all miss you – the world is a colder place without you, but we know this wonderful woman who had cried, suffered and was in pain is finally able to laugh again. We love you, Gin, and are so grateful you were in our lives.

Interment of Cremains - at a later date:

The family greatly appreciates donations made to these charities in Virginia "Ginny" Brady-Haggerty 's name.

Guiding Eyes for the Blind