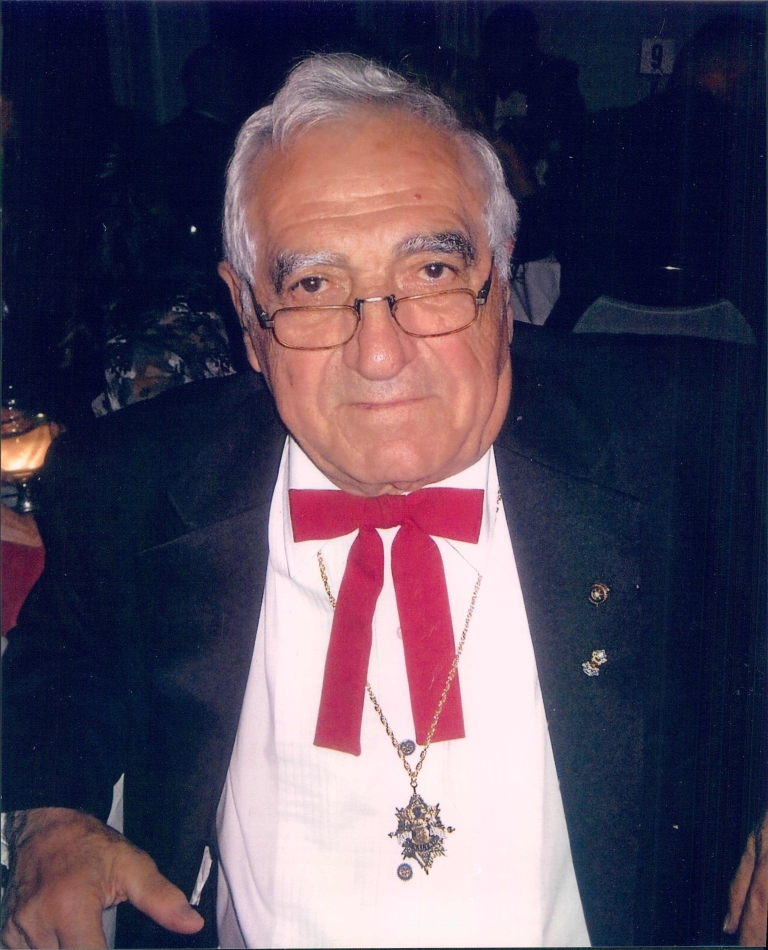 Vito L. Poveromo born in Brooklyn, NY June 9, 1928, passed away at home February 7, 2020 at the age of 91.The Poveromo family moved to Smithtown in 1932. Vito graduated from Kings Park High School in 1946 and was an honor student in Physics and Chemistry. Vito worked for Tanzi Lumber for one year as a delivery boy and began doing work as a general contractor in his spare time. He went on to start his own business 'Vito General Contracting' in 1947. He joined the Kings Park Lion's Club where he was a member for 26 years until the club disbanded. He was a charter member of the Smithtown Rotary Club in 1958- district Governor (1987-88) and Co-Founded the Smithtown Sunrise Club in 2003. Vito also was a charter member of the Smithtown Elks Lodge in 1956 and Past Exalted Ruler. He was also a charter member of the Son's of Italy Smithtown as well. He served on the Smithtown planning board for 13 years while the town was the fastest growing town in the country. He was active in local politics, Republican and then Conservative parties for the last 72 years. He was a member of the board of directors of Sweetbriar Nature Center and life member of the Smithtown Historical Society. Proud honoree & supporter of the Kings Park Heritage Museum.Beloved husband of Elizabeth 'Lidi' Freer Poveromo. Loving father of Lori Poveromo and the late Vito L. Poveromo Jr. Vito is loved and will be missed by many nieces and nephews, family & friends.In lieu of flowers, donations can be made to the Smithtown Rotary Charitable Fund PO BOX 225 Smithtown, NY 11787 or Sweetbriar Nature Center www.sweetbriarnc.org 62 Eckernkamp Dr, Smithtown, NY 11787.