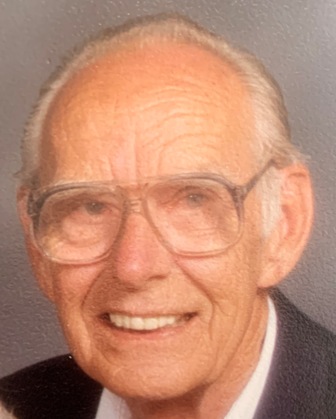 Walter Kunnmann
November 8,1933-September 12,2020.
Walter Kunnmann was born November 8, 1933 in Roosevelt, NY to Ferdinand and Ella
Kunnmann, two German immigrants fleeing unrest in their home country. Walter’s primary
language was German until he started grammar school. His family, as many others during the
depression, had their hardships. He lost a younger sister Kathleen he was very fond of when
she was only 8 years old. Walter was a gifted child who advanced two grades ahead,
graduating high school at 16 years old. He went on to university immediately thereafter and
studied for a year before enlisting in the army with his best friend to fight in the Korean War. He
fought on the front lines for the duration of the war as he moved up quickly in rank. When his
service was complete he continued his academic career at Hofstra University, where he
completed his bachelor’s degree. He attended Brooklyn Polytechnic Institute to complete his
masters degree in chemistry, he then continued onto graduate school at MIT towards his
doctorate.
He was recruited to work at MIT, in Lincoln Laboratory, at that time where he accepted a
position as a research chemist. After a few fulfilling years, he decided to move back to Long
Island where his family remained. He accepted a position as a research chemist with
Brookhaven National Laboratory, where he remained for the length of his career. He has
published two books, over 30 articles in multiple journals and has been awarded patents for
important inventions. The last invention from 1999 and patent approval in 2001 was co-authored
with a colleague after his retirement. He married Helen Clifford in 1967 and settled down with
her in their Stony Brook home. They had two children,a son and daughter.
Walter was a man of great integrity, intellect with a well rounded skill set that valued his family
above all else. He was extremely passionate about his work, as it was his true love next to his
family. He enjoyed his many friends but was an introvert at heart. His greatest hobby was
challenging his own intellect, spending hours writing out numerous equations even when home.
He devoured mystery novels and also enjoyed bowling with friends.
Walter is predeceased by his parents, Ella and Ferdinand; his sisters,Kathleen and Irma; and
his brother Herbert.
He is survived by his wife, of 53 years, Helen Kunnmann; his son, Thomas (Katharina); his
daughter, Ellen(Peter); and eight grandchildren,Joseph,Matthew, Courtney, Cailey, Anastatia,
Alexis, Walter and Kevin.