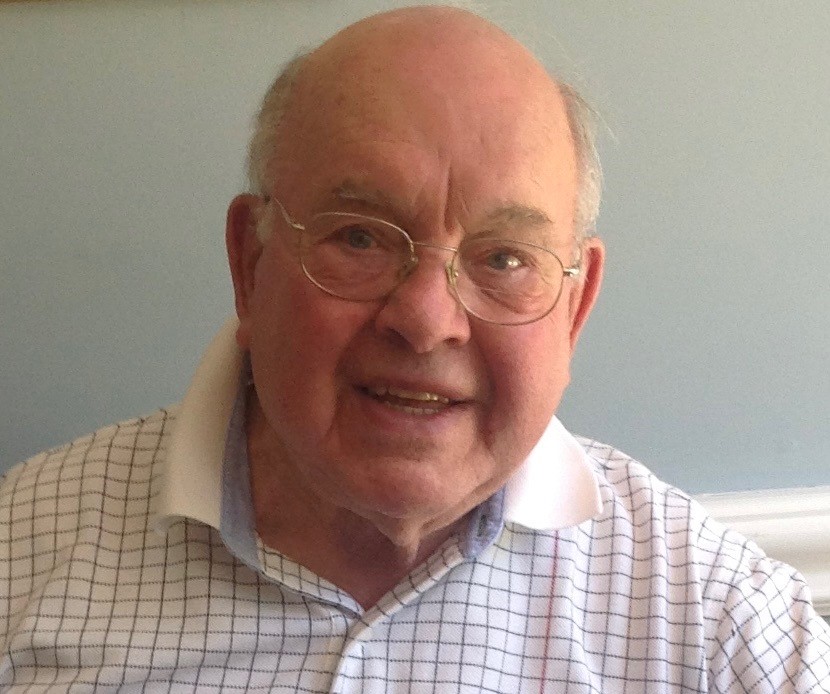 All services will be live streamed for public viewing click watch funeral service above.

William C. Bowden of Smithtown, New York, horticulturalist, teacher, and family patriarch passed away on Saturday, January 1, 2022 at North Shore Hospital. He was 93. Bill leaves behind the love of his life, Amelia Bowden, his wife of 67 years, and his daughters, Cheryl (Steve), Dauretta (Craig) and Vivian as well as granddaughters Colette and Michelle (Michael) and great-granddaughter, Amelia. Bill was educated in the public schools of New York City.  After graduating from Franklin and MarshallCollege, he did a two-year fellowship at Farmingdale SUNY where he also served as an instructor in horticulture. He then obtained a Master’s in Education from Hofstra. Bill grew up in Queens where he met and fell in love with the lovely Amelia, the little sister of his best friend Frank, leading to their marriage in October of 1954, a milestone in a union that endured for eighty years. Starting in 1954, Bill served for 12 years as the Superintendent Director of Planting Fields Arboretum in Oyster Bay, New York which had recently been gifted to the State of New York by the family of William Robertson Coe. At the time, it had the leading collection of rhododendrons in North America and Bill became an Ericaceae and soil specialist. For several years in the 1960s, Bill exhibited at the prestigious New York Flower Show on behalf of the arboretum and served as co-chairman of the American Rhododendron Society’s annual meeting held at Planting Fields. It was during this period that Bill started a lifelong involvement in Rotary International, becoming President of the Oyster Bay chapter.
In 1966, Bill and Amelia moved their young family to Smithtown and Bill embarked on a 22-year career as a loved and respected biology teacher at Westbury High School, where he quietly and often on his own time, helped individual students acquire focus and direction. Bill was for many years an active force in Smithtown’s community life. He served ably on the Library Board and on the Board of the Smithtown Historical Society.  In addition, he joined the Smithtown Rotary Club and held several positions over the years, ultimately becoming President, thus making him one of the few persons to have held that position in two different clubs. He co-founded the Sunrise Rotary Club of Smithtown and held various positions at the District level.
Throughout his life, Bill continued to pursue his passion for horticulture, serving as Commissioner of Jurors for the Long Island Flower Show. Over the years, he worked as a consultant to some of Long Island’s more prominent nurserymen. His home was a refined yet spectacular exhibition of azaleas, rhododendrons, and specimen trees, which he and Amelia organized masterfully into a parade of seasonal colors. The many varieties of plantings in the Bowden yard had tongue-twisting Latin names, almost all which Bill could recite at will. Above all, Bill doted on his family. He poured attention and affection, not to mention his considerable horticultural and home design and repair skills, on his daughters and their families. He reveled in hosting them on special occasions, against the backdrop of Amelia’s creative and marvelous meals, while teasing and laughing with all. Bill will be sorely missed by his family but by none more profoundly than Amelia, the other half of a remarkable  lifelong partnership, now broken in this life by death but awaiting renewal in a brighter future and a better place. In lieu of flowers, contributions may be made to Smithtown Rotary payable to “Smithtown Charitable Fund” at P.O. Box 501, Smithtown NY 11787. Please add a notation on the bottom of the check indicating this is a gift in memory of William Bowden.

The family greatly appreciates donations made to these charities in William C. Bowden 's name.