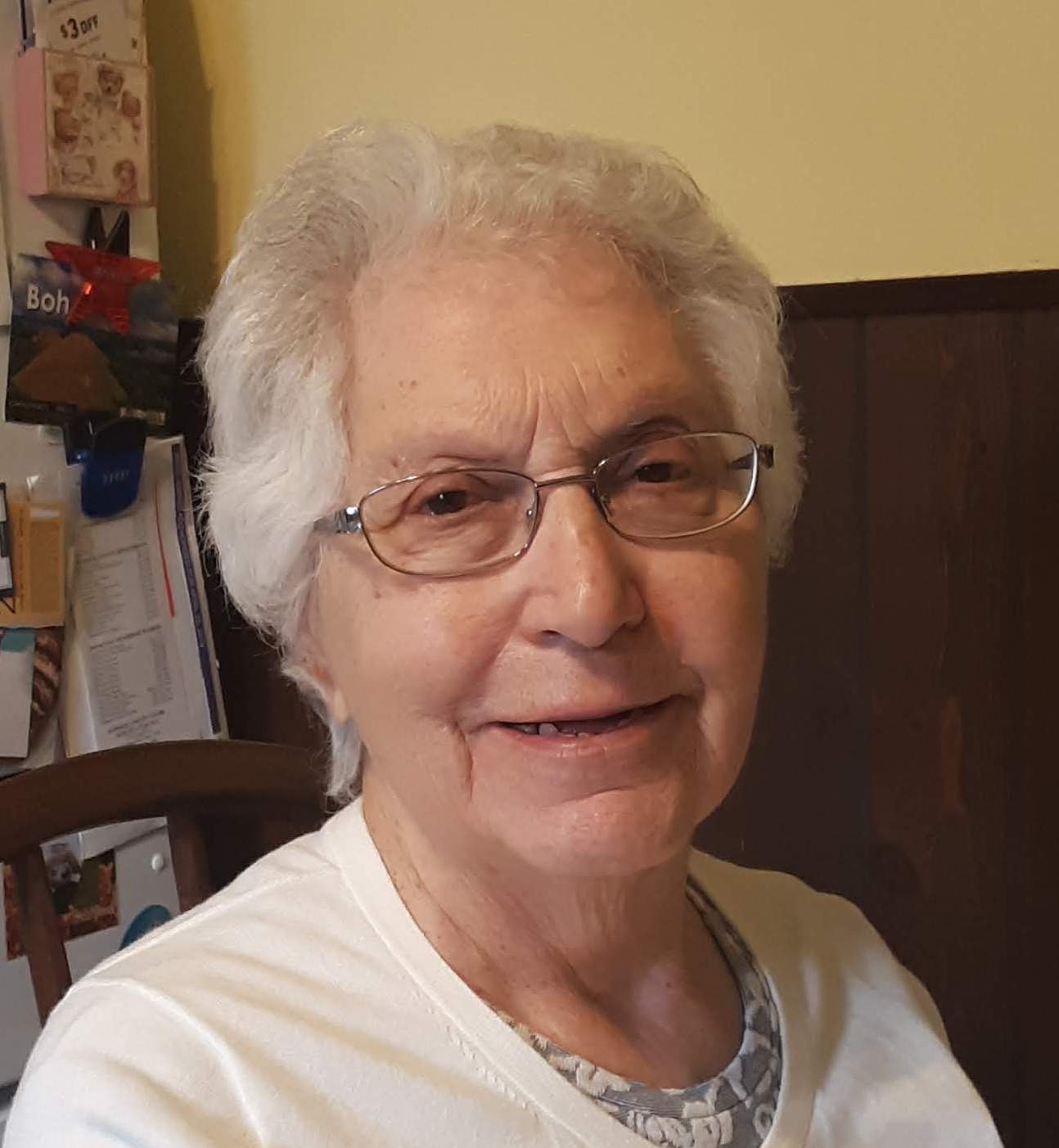 Stella’s Wake Service will be livestreamed on Friday during the Visitation hours. Please follow the link below.

A resident of Smithtown for 60 years, born, raised and educated in New York City, Stella was a “city girl” with tireless devotion and dedication to her family, church, friends and community. Stella had a zest for life and learning, she loved the arts, music, dancing, cultural events and people.

Stella graduated from Walton High School and then Hunter College with a major in Mathematics. pledging to the Delta Zeta Sorority and was a sorority sister for over 65 years. After graduation in 1952, Stella began working for Terry Berry, an insurance company and in 1959 she married William Baker.

Stella and Bill moved to Smithtown in 1961 with their new born son and soon to follow two daughters. Stella embraced her new family. church, town and community with the same zest and drive she had for life. While raising her children, running the household and supporting her husband’s career she joined the League of Women voters of Smithtown, volunteered for the Suffolk County Board of Elections, became a Girl Scout Leader/Co-Leader, taught religious education through St. Patrick’s Church, became a foreign exchange student hostess, and many other school and social projects.

In 1978 Stella re-entered the workforce and found a position with the Huntington Townhouse catering hall. There she also developed close bonds with the people at the workplace.

In her later years, Stella continued with her interests but moved on from homeownership and working to more leisurely activities. She was blessed with a family who loved her, husband William (Bill), her children David (Dawn), Ruth Ann and Rosemary, her grandchildren, Nevada Lee (Charles), Mackenzie and Chase William, and her great grandson Logan.

Stella Bella, our beautiful star, may your love and kindness always shine bright.